In American politics, it’s never too soon to start talking about the next presidential election–now only three years and nine months away.

Donald Trump, presumably, will be the Republican candidate but the Democratic possibilities are harder to spot. One suggestion, believe it or not, is Senator Al Franken of Minnesota, formerly a comedian. Chris Cillizza of the Washington Post wrote that what is needed is:

Someone who is not a politician.

Why? Because the way Trump won was by casting himself as the ultimate outsider to a political system that lots and lots of Americans — in both parties — hate. As a celebrity (and not a politician), Trump was held to a different standard of behavior, too. Things that would have ended — or badly handicapped — other candidates bounced off Trump with little damage done.

He points out that Franken won re-election handily in 2014, he’s a Harvard graduate and has been notably aggressive in questioning Trump’s cabinet picks. And, of course, the Democratic Party is not over-supplied with A-list possibilities these days.

If Al Franken gets the Democratic nomination, I have a suggestion. He should choose former Green Party presidential candidate Jill Stein as his running mate.

They’d be a shoe-in. After all, who could resist voting for Franken-Stein? 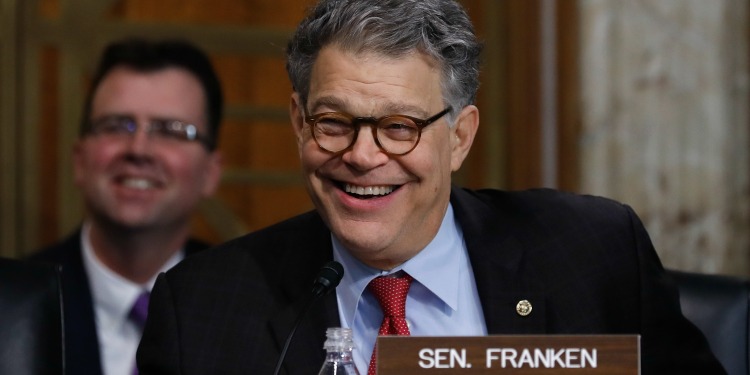