The nation of Finland is on the verge of a very significant governmental experiment. The world will be watching closely and, if it works, it will surely spread widely to other countries.

Finland is planning to give every Finnish citizen and legal resident a monthly income of €800 (about $900). It would go to the poorest of the poor and the richest of the rich alike. To fund it, all welfare programs will be abolished, as will the vast bureaucracies that run them. (It is possible that a few, such as those that deal with the severely physically and mentally handicapped, might be retained.)

There will be no restrictions on the use of the money; no social workers dropping in to make sure recipients are behaving themselves. People can spend the money on food and clothing or on vodka and video games. The money will be taxable, like any other income, but those on the lower end of the socio-economic scale would keep all the money, as they pay no income tax, while those at the top would have much of it taxed away. (The Finnish income tax rate is currently 51.6 percent)

Such a system is similar to the negative income tax that was advocated by Milton Friedman in the 1970’s.

The advantages of such a system are many indeed. It would be simple and inexpensive to implement and operate. It would greatly shrink the size and cost of government and the amount of governmental intrusion into people’s private lives. It would obviate the need for such political footballs (and market distorters) as the minimum wage, as everyone would have a basic income upon which they can build as they gain skills. It would eliminate welfare traps, where people keep their earned income below a certain level to avoid losing welfare benefits. As the money is only available to citizens and legal residents, it would not be a magnet for illegal aliens. It would eliminate political conflict over the very large number of welfare programs now operated by the federal and state governments.

If there are disadvantages, I can’t think of any, but the Finnish experiment will be a real-world test. If it works there, there is no reason it couldn’t work in the United States, despite this country’s vastly larger and more complex and diverse polity.

Assuming it works in Finland, who would oppose such a simple, fair, unobtrusive, bureaucrat-free, low-cost system to ensure that the basic needs of citizens are met in this country? The answer, of course, is Democrats, the party of government and political stasis (“No new ideas, please, we’re liberals”).  They might be willing to add such a program to the infinity of current programs, but would adamantly oppose eliminating any of them. Doubtless they wouldn’t just flat out oppose it. Instead, they would try to “yes, but” it to death, using “fairness” as the wedge issue. Somebody somewhere would be hurt, so we can’t do it.

But good ideas always spread, even if the retrogressives who call themselves “progressives” fight the ideas tooth-and-nail to maintain the status quo. 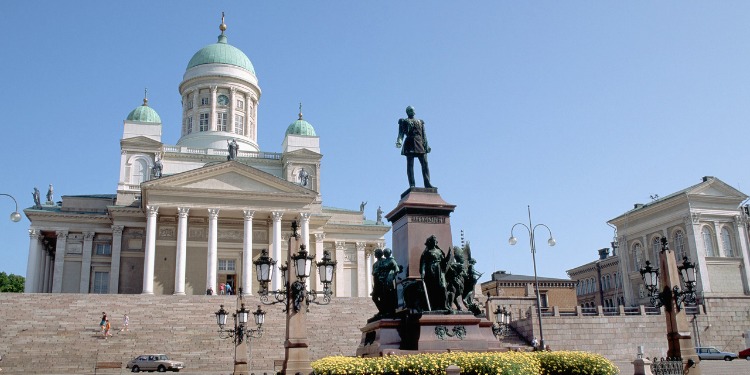