The New York Times is reporting that the forthcoming production of The Mikado by the New York Gilbert and Sullivan Players has been cancelled because, “it drew criticism over how its largely non-Asian cast planned to portray the stereotyped Japanese characters and culture that are often seen as central to the work, . . .”

Once someone declared themselves “offended,” of course, the company instantly caved and abjectly apologized for having actually planned to put on a performance of one of the greatest works of musical theater ever written. How could they have been so insensitive?

First, so what if the cast is largely non-Asian? It’s a repertory company, after all, and repertory companies make do with what they have. Second, have we reached the point that only ethnically correct performers can be cast? If so, then Madama Butterfly is going to be performed far less often and its glorious music seldom heard. In recent years black actors have been increasingly cast in non-black roles, greatly expanding the number of parts they can play.  (In 1994, Audra McDonald won a richly deserved Tony for her performance as Carrie in Carousel. She has now won a total of five Tony Awards.) To be intellectually consistent, that would have to end. Or is the rule now that whites cannot play non-whites, but non-whites can play whites?  In other words, courtesy of George Orwell, “All animals are equal, but some animals are more equal than others.”

Second, The Mikado has as much to do with Japan and the Japanese as chop suey has to do with Chinese cuisine. The Mikado is about a bunch of Englishmen being silly and making fun of Victorian England by pretending to be Japanese. It was inspired by the craze for all things Japanese that swept the West after Japan opened up to the world following the Meiji Restoration in 1868. (If you want to be vastly entertained, get hold of the movie Topsy-Turvy about the creation of The Mikado. It is not only a great movie, it is the best movie ever made about how musical theater is created. Trigger warning: the actors are not Japanese.)

I’d be more worried about this than I am, except that it seems to me proof positive that liberalism has jumped the shark. Unlike the television show that has worn out its premise, progressivism can’t be canceled. But it will fade away nonetheless. 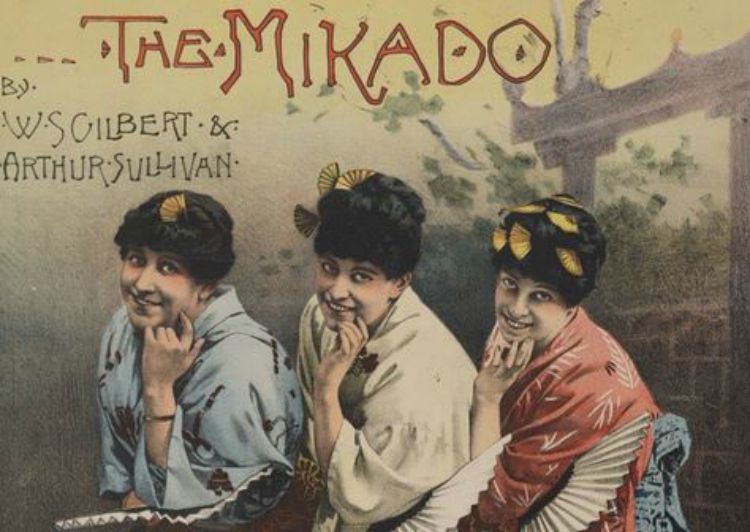