Eighty years ago, Britain and France declared war on Germany because of its invasion of Poland. By the time the war was over, six years later, about 50 million people would be dead, most of them civilians. Included in those deaths were more than one-third of all Jews in the world at the time, murdered in the Holocaust. Much of continental Europe would be in ruins. (When FDR’s trusted troubleshooter, Harry Hopkins, flew over Berlin just after the war, he would say, “It’s another Carthage.”) The national debt of the United States would rise more than six-fold in those six years, from $40 billion to $269 billion.

Britain and France demanded the immediate withdrawal of German forces. When the British ultimatum expired at 11:00 AM on September 3rd, Prime Minister Neville Chamberlain addressed the nation on the radio. “I have to tell you now that no such undertaking [of withdrawal] has been received and consequently this country is at war with Germany.”

Hitler gambled that Britain and France would sell out Poland just as they had sold out Czechoslovakia in 1938 at Munich. When they declared war, Hitler looked at Foreign Secretary Joachim von Ribbentrop and said, “Now what?” Hitler would shoot himself on April 30th, 1945, with Russian troops less than 100 yards from his Berlin bunker. Von Ribbentrop would hang at Nuremberg.

By far the costliest war in human history, in terms of both treasure and human lives, World War II nevertheless helped bring the modern world into being. Europe would be finished as a center of world power. Its colonial empires were soon dismantled, while the United States and the Soviet Union would dominate the geopolitics of the post-war era.

And the technology developed under the pressure of war, including radar, large airframe aircraft, the jet engine, and the computer, would give us the modern, post-industrial economy. 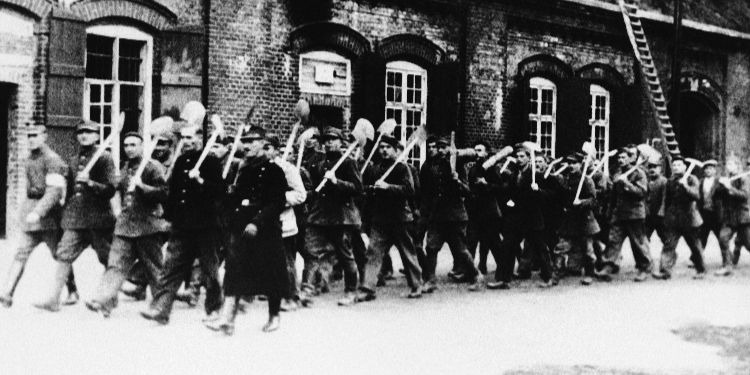