I deeply disagree with Max Boot regarding the removal of statues and the renaming of military bases to expunge from public view the national memory of the Civil War. The last thing we need is latter-day Winston Smiths endlessly revising history to keep it synced with the politically correct party line of the day.

The Civil War (the greatest war this country has ever fought) happened. Millions of Americans alive today have ancestors who fought for the Confederacy, including myself. My great grandfather, Lieutenant Richard Gordon, spent 18 months in a federal prison camp after being captured outside Centerville, Tennessee, on October 28th, 1863. My great, great grandfather, Major William Meade Pegram, served as an aide to the Adjutant General of the Confederate Cavalry Corps, J. E. B. Stuart, and is mentioned in Douglas Southall Freeman’s Lee’s Lieutenants:

“Down the road there rode rapidly toward the battalion a courier who drew rein and called for the commanding officer. Major Haskell stepped forward. As good luck would have it, the courier was a fine young Baltimore boy of the distinguished name of Pegram.”

I’m proud to be descended from these men. They did their duty as God gave them to see their duty and suffered the loss of both blood and treasure for it. Major Pegram was badly wounded at the Battle of Brandy Station—the greatest cavalry engagement of the war, after no fewer than three horses had been shot out from under him. We must not judge them by our present-day standards and unexamined assumptions.

The idea that the Union is indivisible is a postbellum concept. When the war came, they, like Robert E. Lee, saw their primary loyalty as lying with their states. Who are we to judge them for that choice? Have we achieved the moral perfection necessary to do so?

Today, the idea of slavery is abhorrent to everyone. But the idea that it was morally wrong only began to spread in the middle of the 18th century. In the 1730’s, Benjamin Franklin owned two slaves who worked in his printing establishment. In the 1750’s, he wrote a famous essay on how slavery was inherently economically inefficient. In the 1780’s, he was president of the Pennsylvania Abolition Society. Shall we take down one-third of the statues of Franklin to atone for his moral failure, as the 21st century sees it, as a young man?

No small part of the political genius of the English-speaking peoples has been our ability to forgive and forget after deep political rifts. After the restoration of King Charles II, Parliament passed what is remembered as the wonderfully named “Act of Oblivion.” It pardoned all who had fought against the crown in the English Civil War (with the exception of the “Regicides,” who had directly taken part in the trial and execution of King Charles I). Reuniting the nation torn apart by war was important. Settling scores was not.

In his second inaugural, Abraham Lincoln sought to do the same. “With malice toward none,” he wrote in the greatest speech ever delivered on American soil, “with charity for all, with firmness in the right as God gives us to see the right, let us strive on to finish the work we are in, to bind up the nation’s wounds…”

The country did a magnificent job of binding up those wounds, as the deeply touching pictures taken at the 50th-anniversary reunion at Gettysburg in 1913 testify. Now some people on their high horses want to pick open those wounds, for no better reason than so they can virtue signal their own moral superiority to those who lived in a different world and a different time.

It’s a disgrace. Historians, especially, should understand the profound truth expressed by L. P. Hartley in the opening line of his masterful novel The Go-Between: “The past is a foreign country: they do things differently there.” 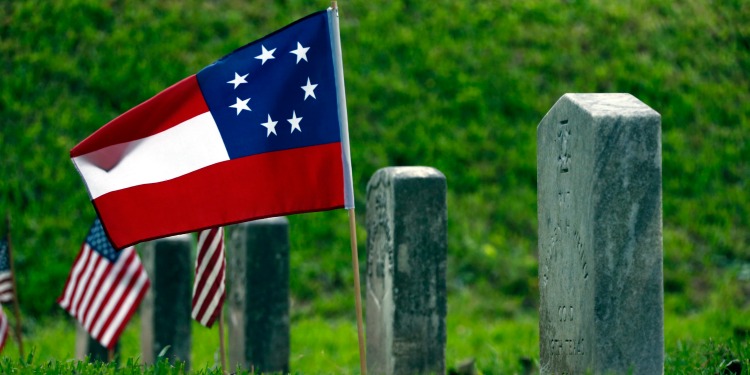