The other day at the Ohio Trump rally, the President described Robert E. Lee as a “great general.” The left, predictably, went nuts. They noted that Lee had been a traitor and a slave owner. That, of course, is both true and a non sequitur. Attila the Hun was not Mr. Nice Guy either, but he conquered half of Europe.

Trump was actually talking about Ohio native Ulysses S. Grant, and how he had beaten Lee despite Lee’s greatness as a general.

Lee took command of the Army of Northern Virginia in the spring of 1862 after General Joseph Johnston had been wounded. At the time, the battle lines were only six miles outside of the Confederate capital of Richmond, and General George McClellan was on the attack. But in the Seven Days Battles, Lee’s attacks against superior forces forced back some of McClellan’s army. McClellan, no one’s idea of a great fighting general, lost his nerve and retreated 25 miles, abandoning the Peninsula Campaign.

Later that summer, he defeated General John Pope at the Second Battle of Bull Run. In less than 90 days, Lee had moved the front from six miles in front of Richmond to 20 miles in front of Washington, with an enormous shift in the morale of both the North and South.

In September, Lee survived the Battle of Antietam even though his plans had fallen into the Union hands. General McClellan should have won an overwhelming victory, but he did not.

In December, Lee defeated General Ambrose T. Burnside at Fredericksburg in one of the most lopsided casualty figures of the war, inflicting 12,600 casualties on the Union while suffering only 5,000 himself.

Then in May 1863 came Lee’s masterpiece, the Battle of Chancellorsville. With forces less than half the size of those available to General Joseph Hooker, Lee took the daring step of dividing his forces and sending Stonewall Jackson to attack Hooker’s flank, resulting in a Union rout. Learning of the results of the battle, President Lincoln said, “My God, my God, what will the country say?”

To be sure, Lee lost the Battle of Gettysburg, but that was partly because the two armies—both lacking adequate cavalry screening–had stumbled upon one another. And he lost the war because Lincoln then brought in Grant, who, with overwhelming superiority in both men and materiél, ground the Army of Northern Virginia down over the next nearly two years.

Though he lost the war, few generals in history have ever done more with less than Robert E. Lee.

Lee’s battles are still taught in every military academy in the world. One can only wonder how different the Civil War would have been had Lee, who had opposed secession, felt able to accept President Lincoln’s offer to command the Union army. But he could not fight against his native Virginia and resigned his commission. My guess is that the war would have been a lot shorter and a lot less sanguinary. 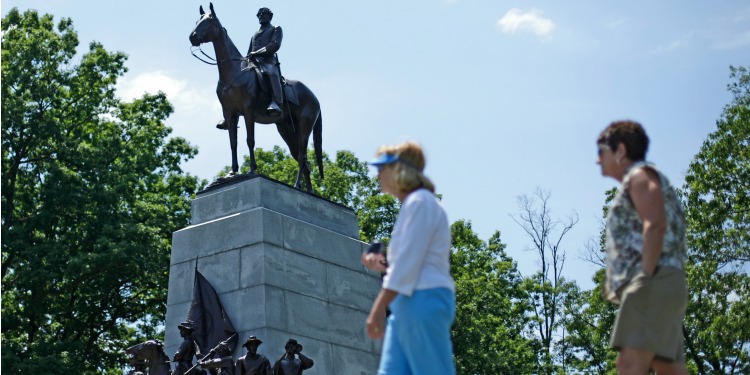