Jill Stein, the candidate for president of the Green Party, has asked for recounts in three states: Wisconsin (10 electoral votes), Michigan (16), and Pennsylvania (20). In all three of those states, her total vote was puny compared with either Trump or Clinton, but the margin of Trump’s victory over Clinton was small (68,236 in Pennsylvania, 27,257 in Wisconsin, and 11,612 in Michigan as of this writing). The Clinton campaign has now decided to join in this recount. While that has been decried by the Trump forces as hypocritical since Clinton denounced Trump in the last debate for not promising to accept the results of the election, it just makes sense for Clinton to have a lawyer in the room. My bet is that Trump will have one there, too.

What’s going on here? Trump now has 306 electoral votes to Clinton’s 232, so Clinton would need to pick up 38 electoral votes from the recounts to win the White House. That could only be done if all three states were to flip, as the two bigger states–Pennsylvania and Michigan–have between them only 36 electoral votes. Put those in the Clinton column, and Trump still wins with 270-268.

Richard Baehr at The American Thinker thinks the purpose, beyond getting Jill Stein some attention and money, is to delay the recounts in these states—hand recounts can, apparently, be demanded—beyond December 13th, when “certificates of votes” are prepared. The electors then meet in each state capital and vote for president on December 19th.  (You and I just voted for electors, not for president.) If all three states are unable to produce final vote counts by then, there would be no electors appointed in those states and thus no votes cast.

But by reducing his Electoral College vote to less than a majority of 538, Donald Trump would seem even less legitimate, at least in the eyes of the left, especially as he lost the popular vote by about two million. It would inevitably reduce his political capital. Of course, that can only be accomplished by effectively disenfranchising the people of Wisconsin, Michigan, and Pennsylvania, denying them a say in who will be their president, not something those people are likely to appreciate.

There’s an old axiom in international politics that “Great powers shuffle on and off the stage of history noisily.” The liberal-progressive wing of American politics was the majority in this country from FDR through LBJ. It has been in ever increasing political decay now for the last 40 years and more. One can only wonder if this tawdry piece of political mischief is part of its noisy exit as a great power in American politics. 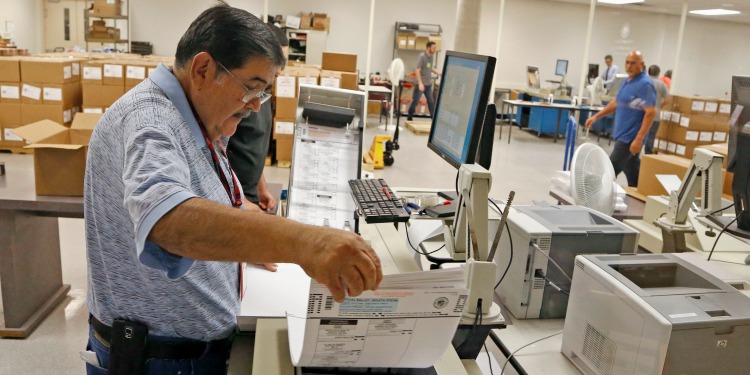