Ross Perot, the Texas billionaire, founder of Electronic Data Systems, and third-party candidate for president in 1992 and 1996, died today.

He was the most successful third-party candidate since Theodore Roosevelt in 1912. While he did not win a single state’s electoral votes in his 1992 campaign for the presidency, his 18.91 percent of the popular vote was enough to ensure that no candidate won a majority and Bill Clinton was elected with a mere 43.01 percent.

And Perot’s appeal was nationwide. In every state, he won at least 10.09 percent of the popular vote (Tennessee) and as much as 30.44 percent (Maine). The result was that no candidate won a majority of any state except in Arkansas, where native son Clinton won with 53.21 percent.

We will never know for sure, but Perot’s quixotic campaign probably deeply affected American history. It is not hard to see how many of Perot’s voters in states won by Clinton would have gone to Bush if Perot hadn’t run, tipping those states to the incumbent president. For instance, Georgia was carried by Clinton 1,008,966 to 995,252. Had Bush taken a mere 51 percent of Perot’s 309,657 votes he would have won the state’s 13 electoral votes.

And had Bush won re-election, there would have been no Clinton presidency, no Monica Lewinsky scandal, no Hillary Clinton candidacy, no Ruth Bader Ginsburg and Stephen Breyer on the Supreme Court, and on and on.

One of the fascinations of history is how much of it is determined by the weight of a feather. 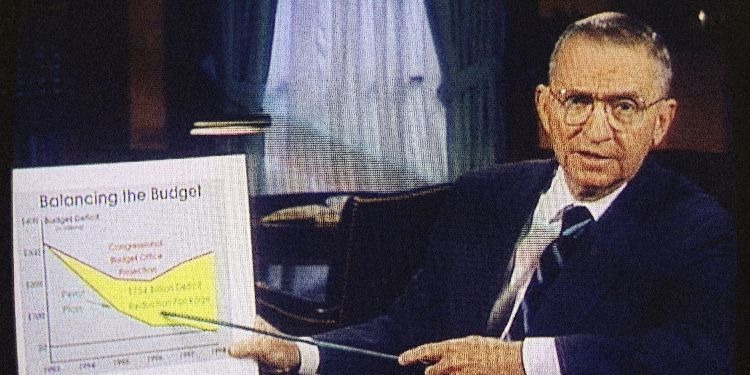