The Dow-Jones Industrial Average crossed the 20,000-point milestone shortly after opening this morning, continuing the rally that began a couple of days before Election Day last year. While it has been flirting with the number for a few weeks now, it didn’t quite make it until this morning. (On January 6, it reached 19,999.63 before slipping back.) It closed at 20,068.02.

Is the milestone a meaningful one? In one sense, certainly, the answer is no. After all, 20,000 is only one point higher than 19,999.  But in a psychological sense it might be. Humans like round numbers. Many of us can remember as children watching in fascination as the family car’s odometer flipped over to a bunch of zeroes. Many more people remember New Year’s Eve 1999 than the one a year later when the new century and new millennium actually began. (There was no zero year in the calendar in use today, so centuries end with years ending in 00, not 99.) And it is interesting to note that markets often take a while to cross a significant threshold, approaching the mark several times and then backing off, like a young horse refusing a fence again and again until its rider can finally coax it over.

When the market first crossed 10,000, in 1999, it was in the middle of the dot-com bubble that had seen the Dow quadrupled over that decade. But, of course, bubbles burst, and there was soon a severe correction, especially in the NASDAQ index, which was heavy with dot-com companies. But there is no the-sky’s-the-limit attitude today on the Street. And that’s encouraging.

It is one of the oldest of Wall Street adages that when everyone agrees what the market is going to do, it will do the opposite The 1920’s investor Bernard Baruch told a story about himself (perhaps apocryphal, Baruch was known to stray from the truth for the sake of a good tale, especially if it made him look good) that one day in the summer of 1929, he stopped to have his shoes shined by his regular shoeshine boy, who gave him a stock tip. When he got to the office, he sold out, explaining that, “when shoeshine boys are trading stock tips, it’s time to get out of the market.”

Perhaps the best market prediction of all time came from J. P. Morgan. Asked by an impertinent reporter (Morgan would have regarded that phrase as redundant) what the market was going to do, Morgan glared at him and said, “It will fluctuate.” 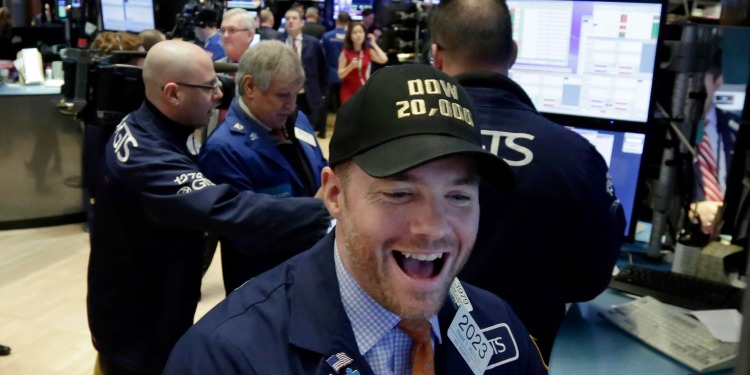