Bernie Sanders has been embarrassed by the revelation that he wasn’t paying his campaign workers the minimum wage he so loudly demands that every other employer pay. These are salaried employees, not hourly wage workers, so he has now solved the problem–not by raising their pay, but by the simple expedient of cutting their hours, just as any good capitalist would.

With every other Democratic candidate calling for at least a $15.00 minimum wage, let’s review the economic reality here.

The American economy consists of the sum of all transactions that take place within the borders of the country. The definition of a transaction is “an exchange of commodities between two parties to the benefit of both parties.” In other words, both sides of the transaction have to feel they are better off after the exchange than before it or it won’t take place. No one is going to willingly pay $10.00 to buy a $5.00 bill. (In modern economies, money is almost always one of the commodities exchanged, but money is just another commodity from an economic standpoint.)

If I sell an article to a magazine, for instance, I am better off for I now have money with which to buy groceries, etc., and the magazine is better off because it now has content, without which no one would buy the magazine. So, if an employer is to pay $15.00 an hour in exchange for labor, he has to get at least $15.00 worth of work out of the employee. If compelled by law to pay more than the labor is worth, the employer will look to cut costs by other means—firing employees, cutting hours, etc.—in order to stay profitable.

The argument that the left makes for a $15.00 minimum wage is that everyone should be paid a “living wage,” and you can’t raise a family on the current minimum wage. That is perfectly true. But very few minimum wage workers are heads of household. Those who are heads of household are eligible for an array of social programs—Medicaid, food stamps, Section-8 housing, the earned income tax credit, etc., all of which would greatly increase their effective incomes.

The typical minimum wage earner is a student earning extra money after school and retired people who don’t want to sit around home all day watching soap operas.

Price fixing, which is what minimum wage laws are, is always economically pernicious. It prevents market prices from sending signals, which is how capitalism works and why socialism doesn’t. And they often cause lay-offs and the substitution of labor-saving equipment, such as computer checkout lines at supermarkets. In other words, minimum wage laws instead of increasing the incomes of minimum-wage workers will cause some of them to lose their jobs, reducing their wages to zero.

A federal minimum wage law is also one-size-fits-all. If $15.00 an hour is a “living wage” in high-cost New York City, it is considerably more than that in low-cost rural Mississippi.

In 1987, when the New York Times was still a liberal-minded newspaper, it ran an editorial entitled, “The Right Minimum Wage: $0.00.” It’s well worth reading. It states that, “. . . Edward Kennedy, the new chairman of the Senate Labor Committee, is being pressed by organized labor to battle for an increase.”

In other words, the candidates for the Democratic nomination for president don’t really care about the most poorly paid workers. They care about well-paid union workers and the political power and donations of the labor union leadership. 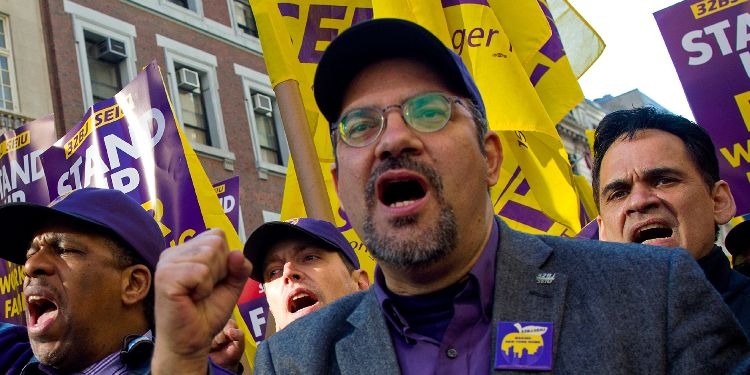