Donald Trump, now the presumptive Republican nominee for president, has come up with a breathtakingly stupid idea, according to the New York Times: cut down the national debt by getting bondholders to accept less than the full amount they are owed.

While treasury bills, notes, and bonds are backed, under constitutional mandate, by the full faith and credit of the United States, this idea is not unconstitutional. The United States, to be sure, is on the hook for the full amount, but there is nothing to stop sovereign states such as China, private investors, and banks around the world that hold reserves in U.S. government debt (American banks must do so) from settling for less than the face value.

But why would they? Bondholders of corporations going through bankruptcy often settle for less than the full amount they are owed because they know that that is likely to be the best they can do. The alternative would be to get nothing. But the United States is not bankrupt or anything close to it. It has the world’s largest and strongest economy that creates untold wealth. More, unlike corporations, the federal government can print the money needed to pay off the national debt, although, to be sure, the result of that would be a hair-curling inflation.

And, even if, somehow, China et al were to say, “OK, we’ll settle for, say, 75 cents on the dollar,” the long-term result of that would be disastrous. The government’s cost for borrowing money in the future would rise sharply. Two things, and two things only, determine the rate a borrower, whether a person, a corporation or a sovereign government, must pay to borrow. The first is the cost of money, a function of inflation, banking liquidity, the economic growth rate and many other things. The second is the likelihood that the borrower will fail to pay back the money when it is due. The bigger the perceived risk the lender takes, the higher the interest charged. That’s why people with credit card debt, which is unsecured, pay much higher interest rates on that debt than they do on their mortgages and car loans, which are secured.

Argentina, a serial defaulter on its bonds, pays sky-high interest rates to borrow. But the United States, which has never defaulted and which has both the world’s largest economy and a constitutional requirement to pay in full, pays the lowest rates around.  But if we ever strong-armed our creditors into accepting less than all they are owed, that reputation, which was established by Alexander Hamilton in the early 1790’s, would be gone, never to return. As Hamilton explained, “a national debt, if it is not excessive, will be to us a national blessing.” Trump’s idea would result, ineluctably, in throwing that blessing away for a very short-term gain.

I think this is a perfect example of how business tactics do not provide a template for government action. Businessmen such as Donald Trump are often known to force their creditors to accept less than what is owed. “Look, I know I owe to $1 million. Take $800,000 and call it quits, or you can sue me, spend a fortune on lawyers, and get nothing for five years. Your choice.” This is a dishonorable way to do business, but Trump has used the tactic often. Sovereign governments, unless they are banana republics, cannot act that way. The men and women who run them and act in their name are fiduciaries for the people today and the nation’s future tomorrow.

In Wall Street lingo, when bondholders agree to settle for less than what they are owed, they are said to be taking a haircut. But the only person here who needs a haircut, and badly, is Donald Trump. 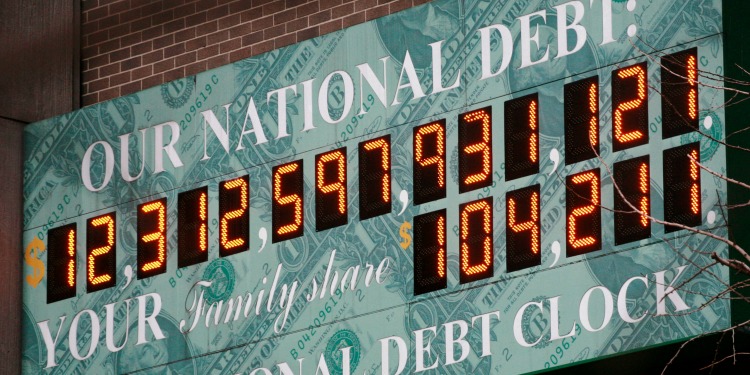