Noah has already commented on the successful shutdown of Milo Yiannopoulos’ talk at the University of California, Berkeley. He sees it as part both of an increasing willingness of some on the left to countenance violence on the hyperbolic grounds that Trump is a new Hitler and of a tendency on the left to “conflate controversial speech itself with actual violence,” thereby justifying counter-violence.

That is all true, and I would add only that this problem is nothing new, though it is heightened in the present atmosphere. Todd Gitlin, a sympathetic commentator on the Occupy Wall Street movement, observes in his Occupy Nation that “even some activists who professed that they were nonviolent were resolutely unwilling to renounce others in the movement who defended themselves physically or damaged property.” Under the banner of “diversity of tactics,” such activists “valued solidarity over nonviolent principle.” Moreover, the mainstream appeal of “the 99%” notwithstanding, Occupy was at heart a radical movement that questioned the very legitimacy of the state. As one protester asked Gitlin, who was appealing for “absolute nonviolence,” “Why accept the state’s definition of violence?”

Occupy Oakland was also involved in the Berkeley protest last week. This group was previously involved in one of the most violent protests of 2011-12 and–no joke–held f*** the police events, in which damaging police vehicles and equipment, among other things, was encouraged. The remarkably violent image Occupy Oakland tweeted out to encourage followers to descend on Berkeley, while obviously not seriously intended, tells us that the group’s attitude toward violence has, if anything, loosened up.

Noah was right that it was hard to find prominent liberals applauding the violence, and it still is. But soon after the violence, Robert Reich, secretary of labor during the Clinton administration, without a shred of evidence and in the face of Occupy Oakland’s victory dance, proposed on TV that the masked agitators might well have been right wingers. He then reflected and doubled down. As Heather McDonald reported, others at Berkeley who evidently are more acquainted with the left than Reich is, recognized that the violence came from the left, but minimized or praised it. Like those elements of the left of 2011-12 that Gitlin criticizes, they value the cause more than they value nonviolence and phony victories more than real accomplishments.

Conservatives who have reservations about President Trump are doing more than, as the kids say, “concern trolling,” when we wish for a more sober, effectual left that might check his worst impulses. Alas, if the left that showed up at Berkeley did not exist, Steve Bannon would have to invent them. But that is a subject for Robert Reich’s next column. 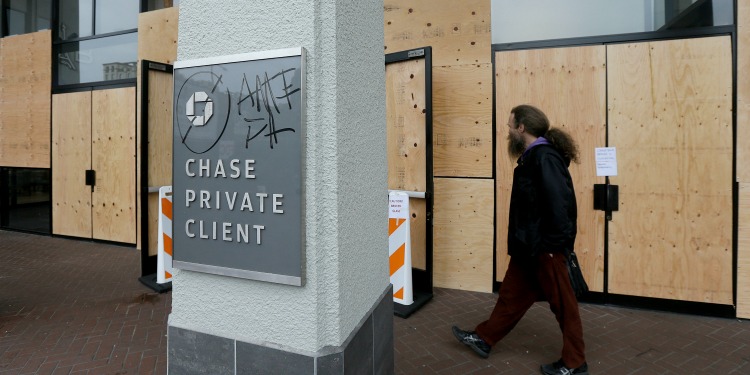