Alice Goffman, assistant professor of sociology at the University of Wisconsin, is a controversial scholar. Her book, On the Run: Fugitive Life in an American City is based on Goffman’s six year immersion in a black neighborhood in West Philadelphia.

The book was published in 2014 to wide acclaim. But it soon attracted critics, including the estimable Steven Lubet, who thinks that Goffman embellished her experiences, repeated as fact things she had heard from her subjects though they were unlikely to have been true, and, most sensationally, became so caught up in the lives of the people she was writing about that she could have been charged with conspiracy to commit murder under Pennsylvania law. Goffman replies here, and Lubet takes up part of Goffman’s reply here. Suffice it to say that there is enough to the controversy to make it unsurprising that when Goffman’s hire as McConnell Visiting Professor of Sociology at Pomona College was announced, some people were disappointed.

But the “collective of Sociology students, alumni, and allies at Pomona College” who have stepped forward to complain in an open letter were not disappointed about the kinds of issues Lubet raised. They seem troubled mainly by the fact that Professor Goffman is a white researcher who had the effrontery to study a black community. The hire “boasts the framework that white women can theorize about and profit from Black lives while giving no room for Black academics to claim scholarship regarding their own lived experiences.” We are given to understand that one should not boast such a framework.

Let’s be clear: Goffman is not a right winger. Cornel West, who blurbed the book, called it “the best treatment I know of the wretched underside of neo-liberal capitalist America. Despite the social misery and fragmented relations, [Goffman] gives us a subtle analysis and poignant portrait of our fellow citizens who struggle to preserve their sanity and dignity.” The book won praise, in part, because it is a vivid illustration of the argument, as one reviewer put it, that the criminal justice system has become “a kind of invading force, aimed mostly at young black men.”

That is one reason it drew criticism from conservatives like Heather Mac Donald, who argued that Goffman had portrayed her subjects as “helpless pawns of a criminal-justice system run amok” when they in fact created “their own predicaments through deliberate involvement in crime.” Our Pomona activists, by the way, express sympathy with “student organizers” at Claremont McKenna, whose most recent act of social justice was to shout Mac Donald down. So I suppose they can be forgiven for not knowing what Mac Donald has to say.

But Goffman’s support for the basic storyline of the Black Lives Matter movement cannot absolve her of the charge of researching a black community although she is white. The “collective”—is there any hope we can retire this poseur term?—demands that Goffman’s job offer be rescinded. They also demand a response, like, pronto. If they don’t hear back by Tuesday at 5, the “direct action” begins.

The open letter, which must be read to be believed, is an embarrassment through and through. , At one point, they quote a New York Times Magazine article concerning the existence of a sixty page anonymous document, widely circulated among sociologists, that attacks Goffman. They do not note that the author of this same article deemed Goffman’s responses to this document largely persuasive, found that “many claims against her are… easy to rebut independently,” and reported that “most sociologists have found the mainstream criticisms of the book to be baseless.” To note such things would be to undermine their suggestion that the hire of Goffman amounts to an act of flagrant disregard for black people.

If the 128 “Sociology students, alumni, and allies” who signed this thing reflect what very many people in Pomona’s sociology department think, Goffman’s controversial work is the least of that department’s problems. 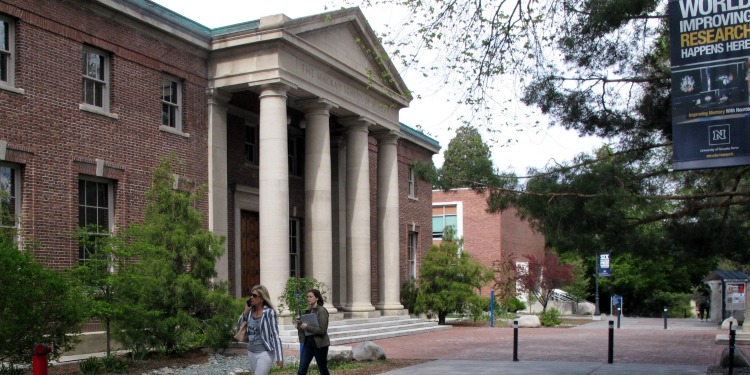