Ron Kampeas of the Jewish Telegraphic Agency took disapproving note of this extraordinary petition that was tweeted out by National Students for Justice in Palestine and signed by some campus chapters of SJP. SJP is among the main instigators of anti-Israeli activism on American campuses. National SJP urges its followers to “sign to support the community of Xe’ Kuku’ Aab’aj as they resist colonial/Zionist land occupation & exploitation!”

What does the community of Xe’ Kuku’ Aab’aj (San Juan La Laguna) in Guatemala have to do with Zionists? Nothing. But it is engaged in a dispute with Jews, and that is all that seems to matter to SJP.

The Jews in question are 200 or so members of Lev Tahor, an explicitly anti-Zionist ultra Orthodox sect that an Israeli court has deemed a “dangerous cult.” These settler-colonialists first attempted to colonize Israel, Canada, and the United States, leaving each of these places “amid allegations of child abuse.” They have not been in San Juan la Laguna since 2014, when they were forced out by local authorities. SJP is evidently bringing this up now because the former mayor of the town has been jailed for his part in the expulsion. That expulsion may, in fact, have been motivated as much by what the mayor himself called a “clash of cultures” and what others would call religious discrimination, as by whatever allegations the elders of Xe’ Kuku’ Aab’aj may have caught wind.

One of the elders explained the vote to force Lev Tahor out in terms that made no reference to the child abuse allegations. Lev Tahor members “refused to greet or have physical contact with anyone outside their community” and residents “felt intimidated.” You don’t need to hold a brief for Lev Tahor to think that Guatemala’s government may have had a motive other than secret Zionism to go after the mayor.

To put this simply: a tiny anti-Zionist sect that the state of Israel considers a dangerous cult was driven out of a town in Guatemala. The mayor of that town has been jailed by the Guatemalan government. SJP’s headline: Zionist settler-colonialism persecutes indigenous people.

One would like to think that the drafters of the petition are ignorant and too busy to Google “Lev Tahor,” though that would be bad enough. But the petition actually ties itself in knots trying to explain why Lev Tahor, though anti-Zionist, is actually Zionist. “Any and all anti-Zionist work,” they say, must also be anti-colonial, and that the community of Lev Tahor cannot be anti-Zionist, due to their threatening lack of respect for indigenous peoples.” Not ignorance, then, but malice, is behind the petition.

Let’s set aside the fact that it is absurd to describe two hundred ultra Orthodox Jews, part of a sect with few worldwide adherents, as a colonizing threat to a nation of 16 million. What’s really striking here is that any activity that threatens indigenous peoples can now be, SJP thinks, described as Zionism. In fact, the petition is is refreshingly open in calling Zionism an active partner in the worldwide assault on indigenous peoples: “the convergence of white nationalism and Zionism simultaneously endangers indigenous populations in Mesoamerica and across the world.”

Preposterously, in the very next sentence, the petition’s drafters announce the concern that the hidden worldwide activity of—just some mind you—Jews, could lead to anti-Semitism. This feeble attempt at self-exculpation cannot disguise the fact that National Students for Justice in Palestine has thrown its weight behind a petition that blames Jewish nationalism for the ills of all indigenous peoples and includes even anti-Zionist Jews among the Zionists. There is no definition of anti-Semitism so narrow as not to include this repulsive petition. 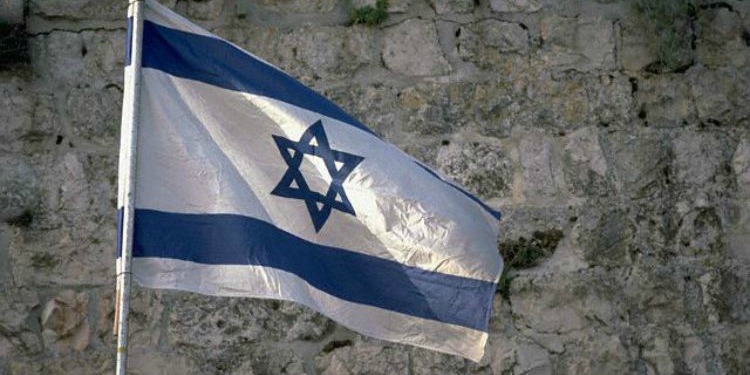