Mark Bray, a visiting scholar at Dartmouth University, has written sympathetically about the Antifa movement, so much so that his book is entitled Antifa: The Anti-Fascist Handbook. In a “Meet the Press” interview on August 20th, Chuck Todd introduced him as a member of a small minority “defending the idea of violence” against right wing demonstrators. Far from disowning that characterization, Bray argues that “fascism cannot be defeated through speech” and that the lessons of history suggest that Neo-Nazis and white supremacists have to be shut down before they become too powerful or normalized. That Bray is sympathetic to Antifa and that he considers its use of violence legitimate is not in question. He is happy to say so.

Campus Reform picked up Bray’s comments on “Meet the Press” and in other forums, and Bray was soon subjected to death threats and other forms of online harassment. Dartmouth President Philip Hanlon issued a statement indicating that the College does not agree with Bray and the “endorsement of violence in any form is contrary to Dartmouth values.”

Over 100 faculty members signed a letter decrying Hanlon’s reaction. They insist that Bray never endorsed violence, except in self-defense, that Bray did not call for violent protest, and that Bray violated no college policy.

The professors are wrong, but so is the president.

The argument the professors make relies on a much narrower reading of self-defense than Bray uses. For Bray, violence is not simply a question of kicking a fascist if a fascist kicks you but of “preemptively” shutting down “fascist organizing efforts . . . before they turn deadly.” Indeed, practically the whole point of Bray’s analogy between our time and that of the rise of Fascism in Europe is that “by any means necessary” thinking should kick in much earlier than most people think. The Campus Reform piece on Bray was certainly polemical, and I hold no brief for that publication, but it did not fundamentally mischaracterize his position. The threats against Bray are disturbing, and I hope the people who made them are tracked down and prosecuted. But, however well-intentioned the professors’ letter may have been, it does not come to grip with Bray’s position.

As for President Hanlon, there are times when university leadership should distance itself from the opinions of faculty members. I was heartened, for example, that many college university presidents declared their opposition to academic boycotts when the American Studies Association endorsed such a boycott against Israel. Though there is now talk of setting up some kind of shop in academia, Antifa does not call for a response from academic leaders in the same way that the academic wing of the Boycott, Divestment, and Sanctions movement did. Certainly, sympathetic treatment of the Antifa movement by a single faculty member does not call for a presidential statement. I agree with Noah Rothman that the left should denounce rather than romanticize its violent wing and would add that liberals should have nothing to do with a crew that Bray informs us “have no allegiance to liberal democracy.” A political figure like Nancy Pelosi can certainly be expected to distance herself from Antifa.

But college presidents have no obligation to denounce individual professors who hold wrongheaded views. Whether violence is ever justified is a legitimate ethical question, and I doubt very much that, whatever Hanlon may say, Dartmouth’s values are really inconsistent with the endorsement of any kind of violence under any circumstances. It is a legitimate empirical question to ask under what circumstances violence could be more effective than nonviolence. As for the rejection of liberalism, although colleges and universities owe their status and safety to liberalism, college presidents should not be called upon to denounce every intellectual departure from it. If they are called upon to do so, their typical response should be that tolerance for free inquiry is among liberalism’s great strengths.

Academic administrations have a duty take sides in moral and policy disputes from time to time. But when they do, they take the risk of compromising their Socratic core in favor of preaching, or what may be worse, of constantly reassuring anyone who will listen that professors who might shock us are rare and perhaps undesirable in academic communities. So they should be reluctant to wade into such disputes. It is hard to see what good Dartmouth has done by making a statement about one of its visiting scholars. It is not hard to see how, if college presidents keep answering the call to sound off on every stray utterance of their staff members, they might do colleges and universities more harm than good. 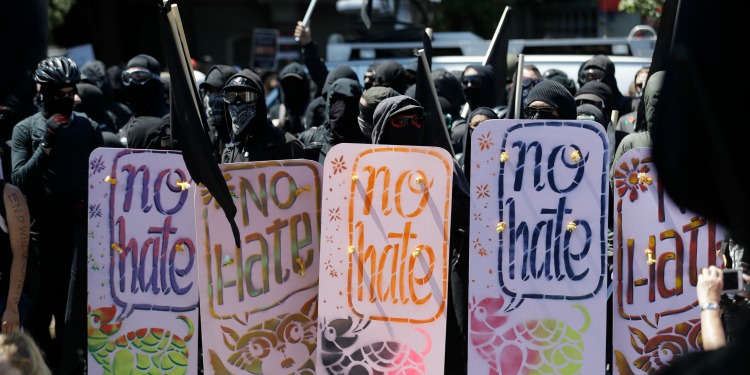