Even “Game of Thrones” has not quite rescued medieval studies from its reputation for stodginess. Yet the organizers of this year’s International Medieval Congress must have thought their fellow scholars would think them a teensy bit cool for selecting the theme “otherness.”

There were plenty of panels on gender, gendering, ungendering, and various gendered things. There was one devoted to “Hagiography Beyond Gender Essentialism: Trans and Genderqueer Sanctity: Rethinking the Status Quo.” There was plenty on ethnicity, a bit on race, and, for those who like their politics unsauced, a panel entitled “The Historical Is Political: Understanding the Backlash against the Study of Race, Gender, and Representation in Medievalism.”

I note these titles not to bash the conference, whose program contains many interesting things, or to suggest that medieval studies can cast no light on contemporary problems. I am saying only that the 2,400 scholars from 56 countries who descended on England’s University of Leeds earlier this month may have thought they’d gone some way toward appeasing the academic left.

Nope. Some of their fellow medievalists are accusing them of abetting white supremacy.

This remarkable charge, though related to longstanding discontent about the field of medieval studies, is at the moment tied to a panel entitled “The Medieval Concept of Otherness.” For the sake of focus, invited panelists were all historians of the early Middle Ages. The idea behind the panel was that whatever the medieval understanding of “us” and “them” or “self” and “other” was, it is was quite different from what ours is today. So the Leeds International Medieval Conference had a white supremacy problem because—no, really—this one panel consisted of “white Europeans” who were not steeped in critical race and postcolonial theory. You cannot have a discussion of how people in the early Middle Ages thought of “the other” without panelists of color versed in highly politicized contemporary theories of oppression.

Don’t believe me? Here is one “rant” on the subject by Dorothy Kim, an assistant professor of English at Vassar College. Her politics may be guessed at by her apparently approving retweet of birthday wishes for the convicted (but left-wing, so hurray!) murderer, Assata Shakur and her decision to defend the academic boycott of Israel.  Kim begins by being outraged that although the panel in question is about otherness, “the entire panel is filled w/ white Europeans.”

So there are only two choices for the scholar of the Middle Ages. “Decide if u want to uphold white supremacy or fight it.” This ridiculous theme–that the public is somehow aware of medieval studies, that white supremacists sometimes appeal to the Middle Ages, and so the whole field now needs to be reconstituted to reject this appeal–is picked up with great earnestness by the Chronicle of Higher Education here.

Fortunately, for professors who undermine the reputation of academics by recklessly charging others with racism, the public is, I would venture to guess, completely unaware of what scholars of the Middle Ages are up to. If they were aware of it, they might be irritated by Kim’s reference to the “free emotional/affective labor” academics like her are compelled to undertake to persuade others, who strangely are surprised and even upset when they are groundlessly charged with serious moral crimes. They might be appalled by Kim’s contemptuous dismissal of such others—isn’t she supposed to be some kind of expert on “others”—who should quit “having their white feelings.”

This is evidently the new thing. Indeed, in the one nuanced piece I read on this subject, Rachel Stone, a medievalist who actually was on and knew something about the panel, made the mistake of quoting Kim’s characterization of her own comments as a “rant.” In response to those who then accused her of belittling Kim by, you know, reporting exactly what she said, Professor Stone removed the offending word. This was not enough for lily white male medievalist Karl Steel, who complained that Stone’s post “still comes off as white fragility.” This sounds like “mansplaining” to me, but I admit I am not conversant in these newfangled ways of settling arguments.

In any case, I am glad that Professor Stone spared herself the emotional labor of responding to Steel. If the persistent attempts of Ph.Ds to make themselves look foolish proves one thing, it is that some people never learn. 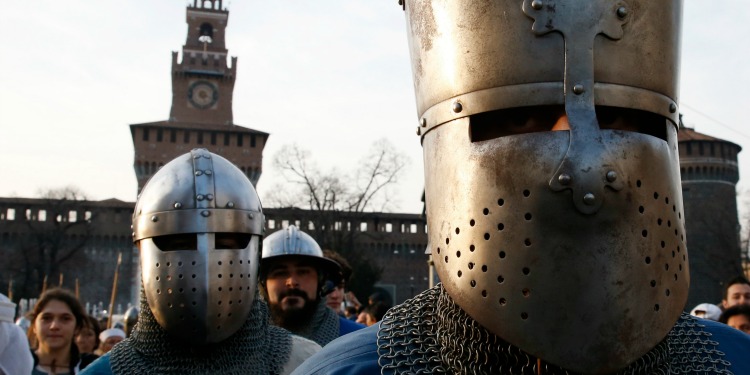