Samuel Abrams is among our best commentators on higher education. Readers may remember Abrams as a conservative professor at a very liberal college. After he wrote an op-ed that led off with a “politically lopsided” event at his own Sarah Lawrence College, Abrams saw his office vandalized and heard calls for his tenure to be reexamined with a view to revoking it. Rather than stepping in to affirm that the uproar over Abrams’s data-driven argument was completely out-of-step with the norms that ought to govern an educational community, the president of the college reportedly told him that he was creating a “hostile work environment.”

Yet Abrams refuses the conclusion that our campuses are irredeemable. This refusal has much to do with his students at Sarah Lawrence who, far from being the groupthink zombies of our campus nightmares come “ready to engage, question, and debate topics and questions across the ideological spectrum.” Unfortunately, they find themselves in a campus culture over which small numbers of activists, backed by “social justice-minded administrators,” have disproportionate influence. So, they may be subjected to bullying even for taking an Abrams class.

Abrams doesn’t deny that there is a major viewpoint diversity problem on his campus and others. But how we diagnose it matters. If the problem is caused by small numbers of people, and there is a large audience for the kind of teaching Abrams does, simple courage can go far toward bettering campus cultures. If the problem is instead that the present generation of students, Generation Z, is hostile to the free exchange of ideas, then our situation, while not hopeless, is harder.

Abrams looks at the best survey we have, the Freshman Survey offered by the Higher Education Research Institute. HERI has been polling college freshmen across many campuses for over five decades. Its researchers recently released the findings of its 2019 survey. The data, Abrams explains, show that “51% of college students believe that colleges have the right to ban extreme speakers from campus, proving that a large number of students simply reject this notion.” Moreover, “our nation’s colleges and universities are not overwhelmingly liberal and there is no leftist student monoculture [on] our campuses.” In fact, a plurality of students, 43.6%, identify as “middle of the road,” and only 4.5% consider themselves “far left.”

Students are certainly more liberal than non-students. But campuses in which the “middle of the road” and “conservative” contingents constitute better than 60 percent of the student body become monocultures only if one lets them.

Some caveats. First, there has been a big change over the years in how students respond to the proposition. From 1967, the first year of the survey, to 1986, the highest percentage of students agreeing that colleges have a right to ban extreme speakers broke 30 percent only twice. HERI’s researchers did not ask the question between 1987 and 2003, but when they began to ask again, that percentage spiked into the 40s. It remained in that range until this year, when it broke 50 percent for the first time ever. On the narrower question of whether colleges should ban racist and sexist speech, last asked in 2018, we are also at an apex—74.6 percent in agreement. When the question was first asked, in 2000, that number was 61.8 percent. Finally, while the percentage of students on the far-left is quite small, it is also high by historical standards—4.5 percent is, again, a peak. In the 1990s, a period of high alarm about political correctness on campus, the number was never higher than two percent.

Abrams is absolutely right. Among students, and even faculty, colleges and universities have drifted leftward, but it is not as drastic as media coverage of our campuses makes it seem. Abrams writes that “media, a core group of activist students, and social justice-minded administrators are leading” whatever cultural warfare we see on campus. But student opinion has been trending in favor of this small band of activists. This trend, our toxic political environment, and the growing power of “student-facing” administrators, whom Abrams’s research finds “the most left-leaning group on campus” by far, indicates that opponents of the politicized campus are in for a bumpy school year. 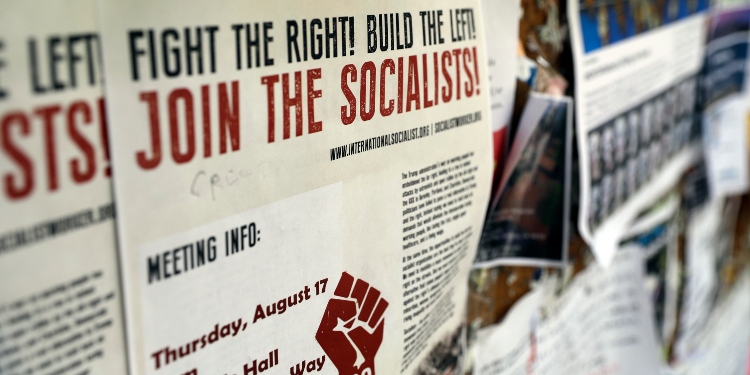