Williams College, which is ranked first among national liberal art colleges by U.S. News, is small. Only just over 2,000 students are enrolled. But there are a wide variety of clubs. If you’re a theater person, you might join Cap and Bells. If you like to sing, you might consider the Aristocows, a group that “sings all music from Disney Media.” If you like politics, that’s no problem. You can join the Campus Democrats or even the Williams College Society for Conservative Thought.

Yes, “conservative thought.” Williams doesn’t practice viewpoint discrimination. Not usually, at least. So, although Students for Justice in Palestine exists to drive Israel out of the community of nations and has had more than one brush with naked anti-Semitism, Williams College has a chapter.

Everyone’s welcome at Williams. Almost. With one recent exception, it’s been more than a decade since the student-run College Council turned away any group seeking recognition as a registered student organization.

It seems there is only one way to be denied recognition. Form a group “to support Israel and the pro-Israel campus community” and “to educate the College on issues concerning Israel and the Middle East.” That, it turns out, does the trick.

Some of the students who spoke against the club at a council meeting made no bones about their reasons. Your “club is pro-Israel, which means you support a state that is built on Palestinian land,” said one and made it clear that “believing in the right of Israel to exist” was a red line that no registered student organization should be permitted to cross. Israel is a “fascist state” said another. The “existence of Israel is built on the killing of Palestinians,” said a third.

In short, the open espousal of “pro-Israel” sentiment, even in the limited sense of supporting the existence of Israel, is an affront too great for some students to bear.

At a state university, this would be an open and shut case. As the Foundation for Individual Rights (FIRE) observes in its “Guide to Free Speech on Campus,” the Supreme Court has repeatedly held that public “universities must remain viewpoint neutral when funding student organizations. Viewpoint neutrality means that public universities, in making their decisions about funding, may not take into consideration what position or opinion a student or group of students stands for or advocates.”

As a private institution, Williams College isn’t bound by the First Amendment. But it claims that it’s “committed to being a community in which all ranges of opinion and belief can be expressed and debated, and within which all patterns of behavior permitted by the public law and College regulations can take place.” When Fordham University, also private, violated its own stated commitments to free expression and refused to recognize a chapter of Students for Justice in Palestine, FIRE included Fordham in its “10 Worst Colleges for Free Speech.” Although I detest Students for Justice in Palestine, I agree with FIRE. Colleges and universities cannot declare themselves in favor of freedom of expression and at the same time discriminate among clubs based on the subjective rightness or wrongness of their views.

How much more is this the case with the club rejected by Williams College, which, unlike Students for Justice in Palestine, is not known for shouting down speakers, scorning dialogue, or otherwise setting itself at odds with the missions of most colleges and universities.

The administration of Williams, unlike Fordham’s, did not itself practice viewpoint discrimination. But if it intends to leave the recognition of clubs to a student council, then it needs to make sure that the council doesn’t use its power to ostracize students who think—the radicals—that Israel has a right to exist.

This is not the first time that Williams’s commitment to free speech has been called into question. When much of the faculty at Williams signed a petition to adopt the University of Chicago’s powerful statement on free expression, which has been a model for more than fifty schools, some student protesters claimed the faculty was trying to kill them. In response to the controversy, President Maud Mandel put together a committee to “develop policies and an overarching philosophy about campus speakers and free expression.” It is perhaps too much to hope that this committee, whose report is expected this month, will attend to discrimination against pro-Israel speech at Williams.

If it doesn’t, Williams will deserve a place alongside Fordham in FIRE’s hall of shame. 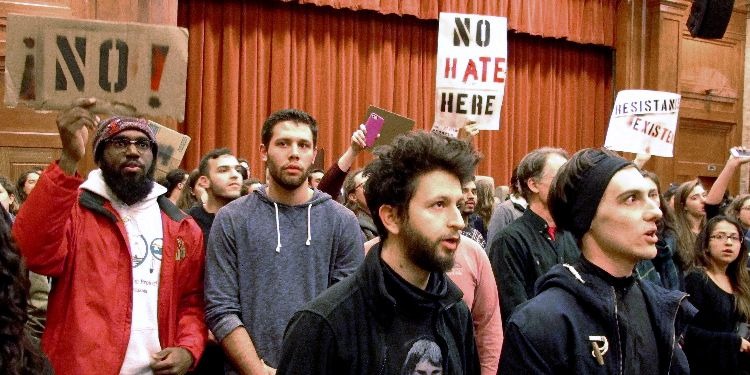