In June, I reviewed the superb essay collection, Anti-Zionism on Campus. In it, Andrew Pessin and Doron Ben-Atar collect testimonies and reflections from faculty and students who have found themselves denounced, ostracized, and sometimes under investigation because they’ve opposed anti-Israel activity on their campuses.

As Ben-Atar, professor of history at Fordham University, says, anti-Israel radicals “have taken to threats and intimidation in their battle to establish anti-Zionism as the doctrinal orthodoxy.” Few on campus have sharp ideas about Zionism, much less consider Zionism the source of all evil, as the radicals do. But when administrators are pliant and when faculty members don’t stand up to scholar-zealots, the 32 essays in this collection show that a few people can do great damage.

In discussing this disheartening material, though, I didn’t have a chance to mention a heartening and excellent essay by Jeffrey Kopstein, “Loud and Fast versus Slow and Quiet: Responses to Anti-Israel Activism on Campus.” Kopstein is no stranger to anti-Israel politics. As Director of the Centre for Jewish Studies at the University of Toronto, Kopstein witnessed the “dreary annual ritual of Israel apartheid week.”

Also a fixture on numerous American campuses, Israeli apartheid week is a designated period during which anti-Israel activists put on events and demonstrations with the single purpose of persuading anyone who will listen that Israel is at least as bad, maybe worse, than apartheid-era South Africa. Today, Kopstein is chair and professor of political science at the arguably much more toxic University of California, Irvine, where repeated disruptions of pro-Israel events have compelled administrators to put its chapter of Students for Justice in Palestine on probation for two years.

Thinking the atmosphere at Irvine had cooled down, Kopstein became involved in a program that brought three Israeli Supreme Court justices to visit Irvine in the 2015-16 academic year. The first visitor, former president of the Court Aharon Barak, drew protesters. As such, Kopstein chose to cut his presentation short before the planned question and answer session.

The second, former Justice Dalia Dorner, gave a successful talk to 190 students in one of Kopstein’s introductory courses. But Kopstein announced in advance only that a guest speaker was coming; he hid the speaker’s identity to avoid the kind of trouble Barak had encountered.

Salim Joubran, then an active justice, canceled. He explained that “he had to be extraordinarily careful, as a sitting Supreme Court justice, not to be seen as engaging in politics, something that the campus climate [at Irvine] would not permit.”

But I did say that Kopstein’s essay was heartening. The heartening part concerns Kopstein’s experience at Toronto where he thinks the tide was successfully turned against anti-Israel activism, not by counter-propaganda but by a lot of teaching. Kopstein and his colleagues did the “slow, quiet, thoughtful, and unglamorous work of teaching thousands of students in a range of disciplines.” Eventually, the University of Toronto had “a huge group of students on campus who actually knew something about Israel and understood the true complexity of the situation.” By “cultivating connections with Israeli institutions and by teaching dozens and dozens of courses,” one can put “the vast majority of students and faculty” in a position to recognize anti-Israel propaganda for what it is. I trust that Kopstein is working along the same lines at Irvine.

Kopstein observes that it is “surprising how few universities offer courses on the history of Israel, courses in the social sciences of modern Israel politics and culture, or even courses in the intellectual history and philosophy of Zionism.” Students who take such courses, taught with no particular tilt, “will not necessarily become Zionists.” But “their presence influences the broader campus in ways that the screaming matches of campus activism do not.” The Schusterman Center for Israel Studies, through its Summer Institute, does excellent work to prepare interested faculty to teach such courses.

There is no question that a rapid response to the boycott efforts that take place every year on our campuses is important. Students who do the difficult work of defending Israel against slander need and deserve support. But the kind of slow and quiet work Kopstein praises is more likely to transform campuses in the long term. It is also work suitable for those professors who don’t care to mix academic and political work. Even those who can’t teach an Israel Studies course can contribute to an atmosphere in which students and faculty scorn the kinds of gross simplifications and distortions that propagandists, whether they are peddling anti-Zionism or another brand of poison, rely on.

In such an atmosphere, anti-Zionism wouldn’t disappear. But it won’t thrive either. 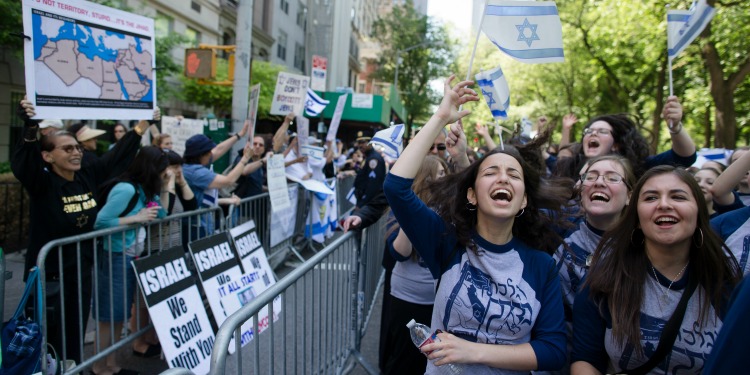