The excellent Foundation for Individual Rights in Education (FIRE) is out with a new survey of student attitudes toward free speech.

FIRE’s release comes soon after John Villasenor of the Brookings Institute published the results of a survey he commissioned, which suggested that “freedom of expression is deeply imperiled on U.S. campuses.” Anyone paying attention to the steady stream of reports of students shouting speakers down and even disrupting classrooms will not be surprised by that conclusion. But surveys help tell us whether we are dealing with the attitudes of an obnoxious few or a wider disregard for freedom of speech among students.

Villasenor’s work, the methodology of which has been vigorously attacked and defended, found slightly more than half of respondents agreeing that “repeatedly shouting so that the audience cannot hear” is an acceptable way for a student group to oppose a speaker. Nineteen percent even found using “violence to prevent the speaker from speaking” acceptable.

Whatever one thinks of the methodological issues, Villasenor’s survey differed so dramatically from a 2016 survey of college students commissioned by the Knight Foundation and Newseum Institute that FIRE’s addition to the discussion is most welcome. Villasenor and Knight/Newseum offered respondents the same two options. Should a college “create a positive learning environment for all students by prohibiting certain speech or expression of viewpoints that are offensive or biased against certain groups of people” or “an open learning environment where students are exposed to all types of speech and viewpoints, even if it means allowing speech that is offensive or biased against certain groups of people?” Villasenor’s sample preferred a more restrictive environment, 53%-47%. Knight/Newseum’s respondents preferred a more open environment, 78%-22%, a stronger majority in favor of free speech than in a group of adults surveyed for comparison. Granted, Villasenor’s survey was conducted in August, in the wake of Charlottesville, but that’s a glaring difference.

FIRE’s survey, though just released, was conducted in May-June 2017. No direct comparison with Villasenor on the question of shouting down speakers or using violence to prevent them from speaking is possible. But FIRE did ask students to respond to this prompt: “If a guest speaker with ideas and opinions I strongly disagree with were invited to my college campus, I might do the following.” Only 2 percent chose “make noise during the speaker’s event, so he/she can’t be heard, ” and just 1 percent chose, “use violent or disruptive actions to prevent the event from occurring.” A heartening 42 percent selected “attend the guest speaker’s event,” more than chose any other response.

Yet, as FIRE also reports, a strong majority (56 percent) think there “are times when my college or university should tell a guest speaker he/she is no longer invited to speak at the school.” The most popular reason students cited for a possible dis-invitation is “the speaker has made racist or hateful comments.”

To go back to the speaker issue, the very same students who tell FIRE that campuses should be able to disinvite speakers, particularly over “racist or hateful comments,” say in large numbers (91 percent) that “even if I disagree strongly with the point of view of a guest speaker, he/she should be able to talk about his/her ideas on my college campus.” Students show strong support for a clash of ideas on campus, but a healthy majority (48-35 percent) disagrees that even the Constitution, much less college administrators at private colleges, should protect hate speech.

FIRE’s survey, though it offers new angles and details, and should be read in its entirety, is in broad agreement with Knight/Newseum—students “have complex and, in some ways, conflicting views on the rights guaranteed by the First Amendment.” Many students, though they profess support for free speech in the abstract, are prepared to limit it in those cases in which it is most controversial. But they are certainly not hardened against free speech, and despite genuinely disturbing individual news stories, our colleges and universities are not bastions of intolerance. The overwhelming majority of students feel comfortable expressing their opinions in (86 percent) and out (again 86 percent) of class. Although the FIRE survey indicates that the fight for free speech on campus is a great challenge, it also suggests that determined administrators and faculty can win it. 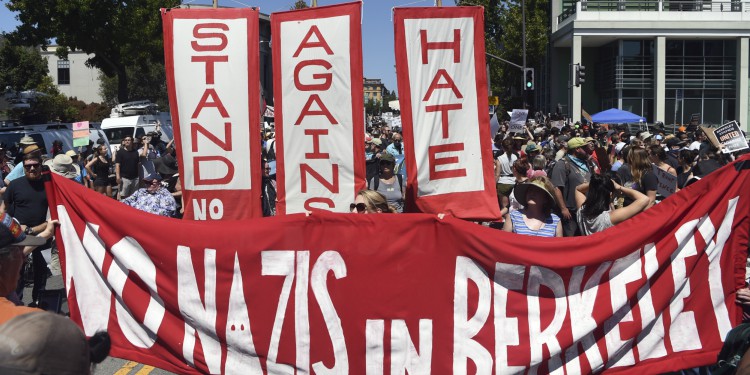