The 1915 Declaration of Principles on Academic Freedom and Tenure, issued by the American Association of University Professors, distinguishes research universities from what it calls proprietary institutions. Proprietary institutions are “designed for the propagation of specific doctrines prescribed by those who have furnished its endowment.” Religious colleges, for example, may properly be “used as an instrument of propaganda in the interests of the religious faith professed by the church or denomination creating it.” That’s fine, say the issuers of the Declaration, though such a college should not expect the public support enjoyed by a “non-partisan institution of learning.”

Harvard University, of course, remains a high-powered research university, but its war against off-campus clubs, about which John Steele Gordon has written here before, is about the “propagation of specific doctrines.” The main targets of Harvard’s efforts were, at first, all-male “final clubs.” They have been criticized as bastions of privilege and institutions, which promote “an environment where sexual harassment and assault are more likely.”

Since the clubs are not official Harvard clubs, the University has no means of crushing them apart from punishing students who join them. In spring 2016, Harvard announced that it would do just that, starting with the class of 2021. Members of “unrecognized single-gender social organizations [would] be banned from holding athletic team captaincies and leadership positions in all recognized student groups. They [would] also be ineligible for College endorsement for top fellowships like the Rhodes and Marshall scholarships.”

But the policy’s reach extended beyond the final clubs, to include even sororities, and curtailed student freedom of association, rather than cracking down on sexual harassment and assault directly. President Drew Faust has explained that the College has a broad quarrel with single-sex membership organizations, many of which, whether they are for women or for men, are guilty of “enacting forms of privilege and exclusion at odds with our deepest values.” That is to say that Harvard’s move seems to have less to do with specific ills than institutional culture, which, if the policy stands, will be more conducive to the “propagation of specific doctrines” concerning social justice than it has been.

Speaking of doctrines, the doctrine of in loco parentis, according to which universities act as parents to student “children,” has long been out of fashion at colleges and universities. They do not view it as their place to curtail heavy drinking or hookup culture. But when it comes to deciding what off-campus clubs the children may join, Harvard has of late been prepared to step in. What next? Prevent students from holding leadership positions if they belong to the NRA because Harvard doesn’t like American gun culture? Refuse to recommend them for fellowships if they join Daughters of the American Revolution because Harvard considers DAR retrograde?

Well, there is a next, actually. Some deem the 2016 policy insufficiently radical. According to a July report by a “Committee on the Unrecognized Single-Gender Social Organizations” (you can’t make this stuff up), the damned clubs just won’t fall into line. A “year has passed since the announcement of renewed action by the university to address the pernicious influence of the organizations, yet it appears many of them wish to wait it out. Some have even responded with an increased zest for exclusion and gender discrimination.” The Committee recommends a new policy with a bigger stick than exclusion from leadership positions; students should simply be prohibited, on pain of disciplinary action from joining “final clubs, fraternities or sororities, or other similar private, exclusionary social organizations that are exclusively or predominantly made up of Harvard students.” Danielle Allen, one of the policy’s advocates, has said that the appropriate disciplinary action would be expulsion from the college.

Allen recently withdrew a motion meant to help put such a policy into practice, but she seems to have been compelled to do so less because of principled objections to it than because of uncertainty about its implications and legality. Although there has been spirited opposition to and debate over Harvard’s move to curtail the associational rights of its students, led by former dean and computer science professor, Harry Lewis, support for Lewis’s position among faculty appears to be limited. In a non-binding vote by the Faculty Council, the “highest governing body” of the Faculty of Arts and Sciences, a motion Lewis crafted to put an end to punishing students for their club membership went down 16-2.

Lewis thinks it ironic that just as Harvard is busy disavowing its Puritan founders, it is “reasserting their practice of harsh, intrusive judgments on private lives.” Certainly, Harvard is free to act as a denominational institution, a sort of Oral Roberts University of the left. But, as the drafters of the 1915 Declaration with which we began said, such an institution should not count on public support. 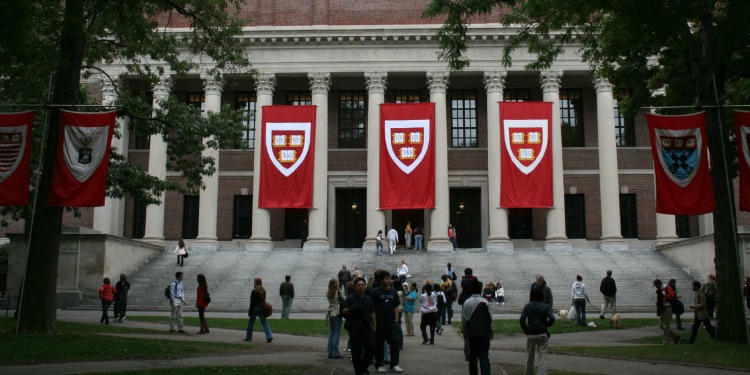