If journalist-activist Rania Khalek did not exist, someone would have to invent her.

A prominent supporter of the Boycott, Divestment, Sanctions (BDS) movement, she has proven herself unable to maintain the distinction between the Zionists and Jews, which BDS supporters insist that they carefully make. In December 2013, in the Electronic Intifada, Khalek proposed that the left-wing journal The Nation has a “problem with Palestinians.” Why? It hosted a forum on the boycott movement that included “four Jews and one Palestinian.” Never mind that a majority of the panel favored the boycott. Jew-counting is the best way to determine a journal’s stance on the Israeli-Palestinian conflict.

The BDS movement also wants to deny that it really singles out the Jewish state. True, BDS supporters say, not all the world’s suffering takes place on the West Bank. But, whether because Israel and the U.S. have a special relationship, or because better things are expected of Israel than an Iran or Syria, Israel should be subjected to special pressure. To put it another way, because Israel is not a pariah state, it should be treated more harshly than pariah states.

But Khalek is incapable of walking even this line. A week ago, reporting from Lebanon, she seemed shocked that people there seem more consumed with Syria and ISIS than the Israeli-Palestinian conflict. In other words, it is not only Americans who have a special relationship with Israel, or those otherwise inclined to think well of Israel, who should focus on Israel instead of on conflicts that have already taken hundreds of thousands of lives. Rather, everyone, including those who actually live in a region falling apart for reasons that have nothing to do with Israel, is expected to focus on BDS.

Khalek has perhaps now gone too far even for her allies. Although she insists that all right-thinking people must boycott conferences that take place in Israel, she is in Syria to attend a conference in Damascus on “The Ramifications of War in Syria.” It’s no mystery why the organizers of the conference invited Khalek–who thinks the “Western media narrative” is tilted against Syrian President Bashar Al-Assad–to speak on the effects of sanctions on Syria. It is more of a mystery why a woman who thinks chefs should spurn an event in Tel Aviv for fear of legitimizing Israel agreed to speak at a conference that also has Assad regime officials on its roster.

It is a mystery, that is, if you buy the line of BDS activists that they are after Israel because they care so much about human rights.

Khalek, who grudgingly withdrew her name from the program after her participation was exposed, was too late to save herself. She has parted ways with the BDS vehicle, the Electronic Intifada, for whom she served as associate editor.

But Khalek is not a marginal figure within BDS. She has lectured or been a panelist at events at Columbia University, UC Berkeley, and Arizona State, among other venues.

The BDS movement is going to find it hard to disown her. 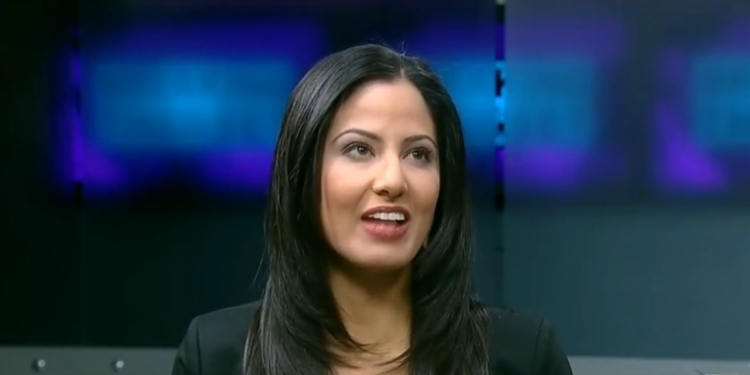