But Linfield’s despotic administration has effectively renounced this statement in favor of a pithier one: “Snitches get stitches.”

The snitcher–or whistleblower–in this case is Daniel Pollack-Pelzner, who was until recently a tenured Shakespeare scholar and a voting faculty member on Linfield’s Board of Trustees. At issue is Pollack-Pelzner’s unwelcome insistence that this same board take more seriously the documented mishandling of a case of trustee sexual misconduct, as well as additional similar allegations.

In a long March 29 Twitter thread, Pollack-Pelzner claimed that Board Chair David Baca told him that the Board “never had a problem until [Pollack-Pelzner] became a trustee.” He says that Linfield’s President, Miles K. Davis, told him that he was putting Linfield “at risk by reporting claims of sexual misconduct,” “threatened [Pollack-Pelzner] with personal liability,” and claimed “that people like [Pollack-Pelzner] were destroying [Linfield] from within and could only show loyalty by accepting the teachings of Jesus Christ.” Pollack-Pelzner is Jewish. Linfield University is affiliated with American Baptist Churches, USA.

Pollack-Pelzner goes on to relate a strange comment President Davis made, presumably to indicate Davis’s opposition to anti-Semitism. Jewish and Arab noses, he explained, are actually around the same size. Davis denied making this comment before he admitted making it. Other faculty members have since stepped forward to report an even stranger comment. In a conversation about the importance of leveling with people, they claim, Davis said something like, “You don’t give Jews soap when you send them to the showers.” Perhaps the Oregon Board of Rabbis went too far in calling for Davis’s resignation over comments that seem less anti-Jewish than from outer space.

But Davis should resign for firing Pollack-Pelzner, allegedly for cause. About a month after his widely shared Twitter thread, Pollack-Pelzner was let go so abruptly that he learned of it only when he was locked out of Linfield’s email system. When he sent an email to himself as a test, he received, as the Chronicle of Higher Education reports, an auto-reply, “Daniel Pollack-Pelzner is no longer an employee of Linfield University.” A Linfield University spokesperson explains that Pollack-Pelzner was let go for circulating unspecified “false statements,” for an equally unspecified failure to “comply with university policies,” and generally “being insubordinate.”

Set aside that President Davis’s false denial of his comment on Jewish noses is the only blatantly false statement one can pin down in this case. Linfield University’s actions are a crystal-clear violation of its own policy on firing a tenured professor “for cause.” The dismissal of a tenured faculty member for cause, the handbook says, must relate to the “fitness of faculty members in their professional capacities as teachers or researchers,” not to their generation of bad publicity for the college.

The fact that Linfield violated its own policies is so clear that President Davis can only assert that the handbook, which was revised as recently as 2020 and is almost certainly contractually binding, is “woefully out of date.” As more than one reporter has observed, the employee handbook, which Davis asserts is a better guide, refers readers to the very appendix in which the procedures Linfield failed to follow are set forth. Linfield is inventing policies on the fly to justify its retaliation against a tenured faculty member.

Throughout a controversy that has resulted in two separate no-confidence votes, Davis and the board that supports him have behaved like petty tyrants, altering the college’s governance structure, suspending mass faculty emails, and insisting that all “broad correspondence” be “vetted” by the vice president of finance and administration. Reportedly, “campus security had entered faculty offices and removed posters in support of Pollack-Pelzner.”

In an effort to squelch criticism, the college’s administrators caught the attention of major defenders of academic freedom, as well as the Anti-Defamation League. They have recklessly exposed the university to a lawsuit. And because of the incompetent despotism of some of its leaders, Linfield is now a national story. The university exists as a powerful reminder that threats to academic freedom often come not from ideologues but from administrators who fear criticism and have no business running a university. 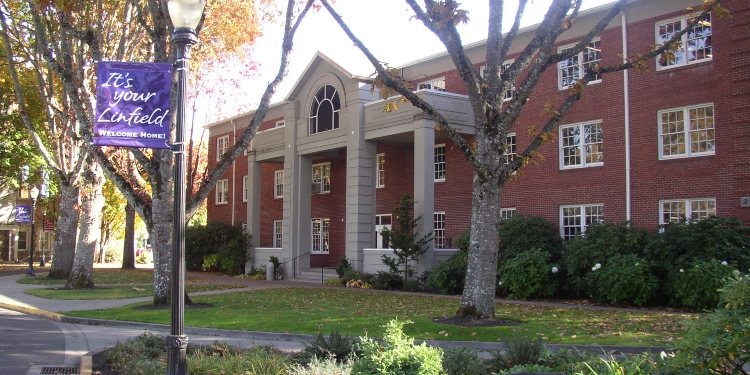