In the classroom, I’m more interested in setting the stage for a good discussion than I am in making points about academic freedom. Even if I thought, with the comedian Lenny Bruce, that using racial epithets mockingly deprived them of their power, I wouldn’t act on that belief in my classroom. And although Twain’s Huckleberry Finn, which I teach often, includes more than 200 uses of the n-word, I don’t, even when reading aloud, use it myself. Like it or not, conditions are such that choosing to utter the word, even while reading aloud from a book that uses it, can derail discussion of anything other than that choice.

Removing the term from the text—which has been done—falsifies the novel. But there’s nothing important I can add to Twain by saying the n-word aloud. And I sympathize with students who find the word revolting—revolting words and images can be revolting even when they’re presented for a good reason. When to present them is a matter about which reasonable teachers disagree.

Another reason not to use the n-word, whatever the context, is that you might be suspended. That’s what happened to Phillip Adamo, an award-winning teacher and, until recently, the director of the Honors Program at Minnesota’s Augsburg University. He is now taking an involuntary vacation, in part because students have questioned his “teaching competence.”

According to Colleen Flaherty of InsideHigherEd, here’s what happened. During a class on James Baldwin’s The Fire Next Time, one of Adamo’s students quoted a sentence that included the n-word. According to Adamo, “students were shocked.” So he led a discussion of whether, “in an ‘academic context,’ it was appropriate to use the word if the author had used it.” In framing the discussion, Adamo himself used the “n-word.” After a forty-minute conversation, the class agreed that “the word was too fraught to use going forward.”

After a similar discussion in another section of the same class, Adamo sent his students two essays, both by African-American commentators, justifying the use of the n-word in some contexts. Neither essay really backed Adamo’s approach, but some students thought that Adamo was trying to force-feed them his view. Student leaders in the honors program showed up, uninvited, to a subsequent class and the discussion continued.

At this point, Adamo consulted his provost. She urged him to send an email to students in the Honors Program, and he did, explaining that although he believed in academic freedom, he was also “struggling to understand how it may be better not to explore some taboo topics.” But that didn’t cut it. Adamo is no longer director of the honors program and has been suspended from teaching in it pending an investigation.

I won’t wade into the controversy’s details because, as a look at Augsburg’s student newspaper will tell you, the facts are in dispute. And this incident has gotten tangled up with racial tensions that have accompanied Augsburg’s rapid shift from serving, in 2006 a 17 percent minority student body, to serving, nowadays, a 57 percent minority student body. But one thing shouldn’t be in dispute. The American Association of University Professors (AAUP) recommends that even when a professor is undergoing dismissal proceedings, which Adamo is not, he should be suspended only if “immediate harm to the faculty member or others is threat­ened by” keeping him at work.

Perhaps this safeguard is too stringent. But anyone, liberal or conservative, who cares about academic freedom, should object when “immediate harm” is stretched to cover cases in which some students are simply very upset. After all, a student, persuaded by those who consider Huckleberry Finn “racist trash,” might well feel sincerely and deeply wounded to the point of distraction by it being taught as a classic. Should professors who continue to teach Huckleberry Finn as something other than a piece of racist trash be suspended if a sufficient number of students object?

Yet apart from a letter from the board of the Minnesota AAUP, signed by a lone Augsburg professor, one searches in vain for statements of concern from the faculty over Adamo’s suspension. About Adamo’s debatable classroom decision, and the controversy that surrounded it, there have been multiple earnest  “Listening Sessions,” statements from the Provost and Faculty Senate (signed by Adamo himself), intercultural competence sessions, and calls for a Day of Action, at which the college’s president intoned that “the darkness around us is deep indeed.”

I’ll keep teaching Huckleberry Finn. But I won’t blame others who conclude it isn’t worth the risk. 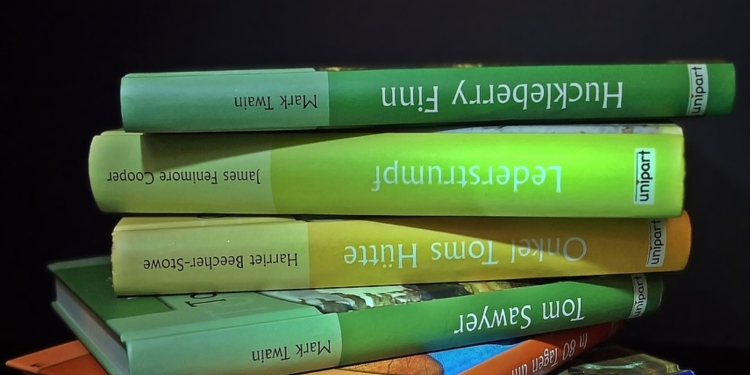