Having delivered the bad news that Vassar College’s administration is not doing enough to address anti-Semitism on its campus, I am glad to be able to report better news about the University of Minnesota.

There, the local chapter of Students for Justice in Palestine (SJP) put forward a resolution demanding that the University of Minnesota divest from four companies said to directly profit from Israel’s presence in the West Bank. But the resolution was really about support for BDS. Even SJP conceded that the University of Minnesota has no investment, direct or indirect, in two of the four companies, and may or may not have an indirect investment, through a mutual fund, in the others.

In advance of today’s Minnesota Student Association vote, President Eric W. Kaler issued a statement. The “University does not endorse measures advocated in the SJP resolution, which has been offered in support of the Boycott Divestment Sanctions (BDS) movement.” Kaler did not stop at observing, as college and university presidents often do, that the BDS goal of isolating Israel conflicts with a university’s devotion to “academic freedom and… the free exchange of ideas.” He went on to warn “that we may be unfairly singling out one government and the citizens of the country in question.” And then he pointed out something that is true, but that university administrators almost never say, that “the Global BDS movement does not seem to distinguish between opposition to the policies of the government of Israel and opposition to the existence of Israel.”

At the same time, Kaler also declined to endorse a resolution, put forward by a student group called Students Supporting Israel, condemning anti-Semitism and adopting the State Department definition thereof. In light of the context in which that second resolution was put forward, Kaler was probably right to think that it might “limit the prospects for constructive campus dialogue, in light of its possible implication that supporters of the disinvestment resolution are also supporters of anti-­semitism.” It was enough for him to say that the University “strongly and unequivocally condemns prejudice and hostility toward Jews, as we condemn bias against any groups” and to add that he shares “the concerns of many that we must be especially vigilant in light of resurgent anti-­Semitism in Europe and anti-Semitism in other parts of the world.”  He also acknowledged that the University needs to do more to “sustain [a welcoming] environment for… Jewish students.”

Many groups, including Minnesota Hillel, deserve credit for their opposition to the resolution. But most striking, because of the contrast with Vassar faculty support for or silence concerning such initiatives, was a faculty letter to President Kaler, apparently signed by over eighty professors, which pulled no punches: “The resolution cannot be separated from a one-sided condemnation of Israel. It is fueled not by disdain for Caterpillar or other companies cited in the petition, or even by concern for the universal defense of human rights, but by the implication that the State of Israel should not exist.”

The Minnesota Student Association voted Tuesday night, 34-31 (with 11 abstentions) to strike both resolutions from the agenda. Either one could be revived but for the time being President Kaler, whose statement was quoted twice by students on the winning side, has shown how it is possible, without in any way departing from a university’s essential devotion to freedom of speech and thought, to lead on the BDS issue. 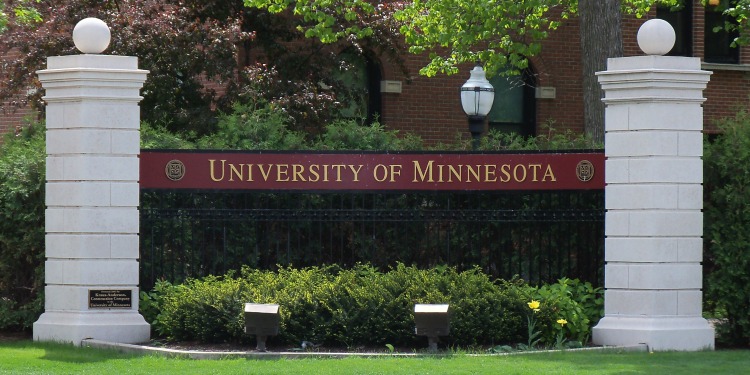