The faculty of Pitzer College recently voted to suspend its study abroad program at Haifa University. In doing so, they acted, knowingly or unknowingly, at the behest of the Boycott, Divestment, and Sanctions (BDS) movement, which is defined by the assertion that Israel is an apartheid state.

Although the faculty resolution limited itself to Israel’s visa policies, Dan Segal, a BDS supporter at the forefront of the effort, has explained what it’s really about: “Palestinian civil society groups say that what they want from global allies are boycotts, sanctions and divestment.” Pitzer’s College Council, which votes on the matter in March, may yet prevent the resolution from going into effect. And Pitzer’s President Melvin Oliver, who has spoken against the resolution, has the power to stop it as well.

Nonetheless, for the first time I know of, a college faculty has voted to suspend a study abroad program in Israel.

I have written about the hypocrisy of this act before. But months later, I’m struck by the silence of Pitzer faculty on this matter. In 1915, the American Association of University Professors (AAUP) issued a declaration on academic freedom and tenure. It warned that academics have a responsibility to “prevent the freedom which it claims in the name of science from being used as a shelter” for “uncritical and intemperate partisanship.” It goes on to warn that if professors fail in this responsibility, “it is certain that the task will be performed by others.”

Whatever one might think of Israel’s policies, there are few things more uncritical and intemperate than boycotting, over “apartheid,” a university that does a far better job of enrolling Arab citizens then one’s own college does at enrolling black citizens (Israeli Arab citizens constitute 6.7 percent of Haifa University’s Ph. D. candidates and 16 percent of undergraduates, while only 5 percent of Pitzer’s matriculated students are African-American).

Pitzer College’s faculty may have been duped into serving BDS. But that was three months ago. It’s time for Pitzer faculty to speak up if they don’t want their college to be the propaganda arm of a movement determined to expel the only Jewish state from the international community.

They shouldn’t count on President Oliver to save them from themselves. I have advocated for academic freedom, even for the occasional anti-Semite. I have urged non-academics, whether they sit on state legislatures or boards of trustees, to resist the urge to shut down even hateful speech, whether by getting the perpetrators fired or by defunding their institutions. But as the AAUP’s declaration suggests, those who refuse to defend the academic enterprise against a hostile takeover from extreme and intemperate partisans will have no defense against “others” who take it on themselves to police academics.

When those others come for Pitzer, advocates of academic freedom will have no principled reason not to wave them in. 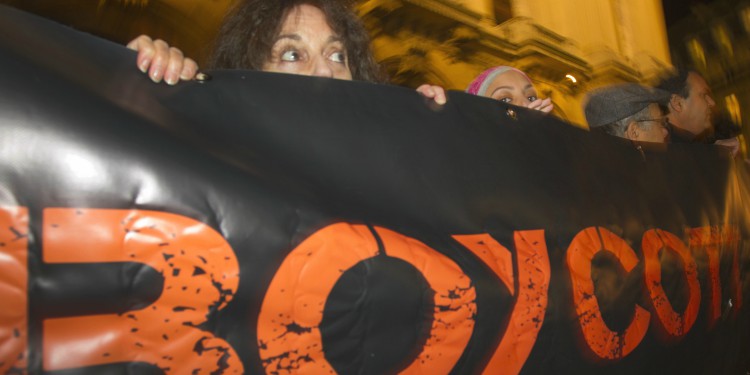