In an August 29 Washington Post op-ed, the journalist Eve Fairbanks goes after the arguments of a group she calls “reasonable right.” By reasonable, she means unreasonable. And by right, she means closet racists.

Neither Fairbanks nor the Post’s fact-checkers can be bothered even to verify that the objects of her smear are, you know, conservatives. For example, she gives us Jonathan Haidt, co-author of The Coddling of the American Mind. Haidt is a self-identified, and seemingly actual, centrist. Then there’s Sam Harris, the militant, and by no means conservative, atheist. But that doesn’t matter because Fairbanks is simply using the term “conservative” to apply to anyone with the gall to criticize left-wing intolerance. The individuals she names—from Haidt to Harris to Bari Weiss of the New York Times—have nothing in common apart from the opinion that freedoms of speech and thought should be defended against efforts to curtail them.

That’s the problem for Fairbanks, you see, because one of the arguments that Southern slaveholders made was that the North was infringing on their freedom of speech and thought. Advocates for slavery, she explains, “anointed themselves the defenders of ‘reason,’ ‘free speech’ and ‘civility.’” Get it? By her bizarre logic, while advocates of free speech and thought aren’t slaveholders, per se, they sure are slaveholderish.

There’s not much more to Fairbanks’s disgraceful argument than that, and in truth, it all goes the other way around. As Nadine Strossen has observed, the claim that certain speech should be suppressed because it inflicts “emotional injury” was made by slavery defender John C. Calhoun. Free speech advocates often point out that abolitionists like Frederick Douglass were on their side of the argument, whereas the proslavery crowd, where it could, made anti-slavery speech a crime.

Strossen is right. Once you adopt, in the hope of suppressing speech you consider unjust, the argument that emotional hurt can be grounds for suppressing speech, you’ve got nothing to say when the same argument is made to suppress speech you consider just. The resemblance between Calhoun’s argument and arguments made by some of today’s speech restrictionists is more than an interesting echo. Unlike Fairbanks’s claim.

Fairbanks, to be sure, says that she is “not inclined to paint conservatives as thoughtless bigots.” And who knows? Maybe she felt such a disinclination. But she overcame it.

In fairness to the Washington Post, it has been more than twenty-four hours since it had to correct an op-ed falsely claiming that J.D. Vance, the author of Hillbilly Elegy, had lamented a decline in white births. Perhaps its editors regret the error. But what’s truly regrettable is the impulse to publish any and every article, no matter how wrong or foul, postulating that anyone who crosses the left is a racist. 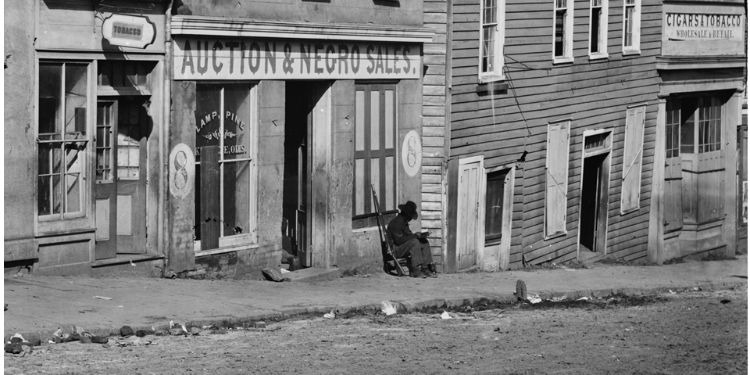