Cornel West, Professor of the Practice of Public Philosophy at Harvard Divinity School, is, whatever one thinks of him, among the biggest names in American intellectual life. It was, therefore, a coup when he put himself, with Princeton’s Robert George, at the head of a statement articulating the principle of free thought and expression, particularly at colleges and universities. The statement arises in response to the shouting down (and worse) of Charles Murray at Middlebury College, about which I have written here.

It is an excellent statement, which reads in part, “[A]ll of us should seek respectfully to engage with people who challenge our views. And we should oppose efforts to silence those with whom we disagree—especially on college and university campuses. As John Stuart Mill taught, a recognition of the possibility that we may be in error is a good reason to listen to and honestly consider—and not merely to tolerate grudgingly—points of view that we do not share, and even perspectives that we find shocking or scandalous. What’s more, as Mill noted, even if one happens to be right about this or that disputed matter, seriously and respectfully engaging people who disagree will deepen one’s understanding of the truth and sharpen one’s ability to defend it.”

It is wonderful to know that Professor West has changed his mind. He has, until now, also been one of the biggest names behind the speech-suppressing Boycott, Divestment, Sanctions movement against Israel. Why it was just last week that West crowed that BDS is winning. He views Israel’s recently passed law empowering the interior minister to deny visas to non-citizens who have supported the boycott, defined to include boycotts of settlement product, as a sign of panic.

I think the new law is regrettable, though more a sign of disgust than panic. However that may be, West has long put his name behind a movement one of whose signature moves in the academy has been the shouting down of pro-Israel speakers. As David Greenberg and Cary Nelson both of whom have been important voices against BDS in academia have noted, “there has been a disturbing surge in the number of invited campus speakers being repeatedly interrupted or actually prevented from delivering a public lecture. A startling share of these silencing efforts are directed at Israelis or other speakers sympathetic to Israel who have run afoul of the growing anti-Israel movement on campuses.”

Although shouting down speakers long preceded the rise of the BDS movement, it follows almost necessarily from BDS’s “quasi-theological” commitment to “anti-normalization.” BDS holds doctrinally that Israel must be treated as a pariah state and that supporters of Israel must be treated as propagandists for evil. In episodes at the University of Minnesota, New York University, the University of Chicago, and San Francisco State University, BDS supporters certainly acted as if God was on their side as they shouted down or attempted to shout down speakers deemed pro-Israel.

Certainly Cornel West has been on their side, or, at least, he has not uttered a mumbling word about this well-known BDS tactic. To be clear, merely turning one’s back on a speaker, or even encouraging people not to listen to him or her does not necessarily violate the principles enunciated in the statement to which West has put his name. Indeed, the statement explicitly calls the right of peaceful protest sacrosanct. But it certainly does strongly encourage hearing out the best representatives even of opinions one regards as dangerously misguided. Indeed, the radical West and the conservative Robert George who have joined to make this statement have taught together and engaged in a series of public discussions that, by all reports, are models of respectful disagreement.

Although the principles that George and West enunciate are even consistent with a degree of disruption—a walkout for example—there can be no squaring them with shouting down speakers, as the BDS movement West supports not only tolerates but also encourages. The statement is quite clear: “we should oppose efforts to silence those with whom we disagree—especially on college and university campuses.” 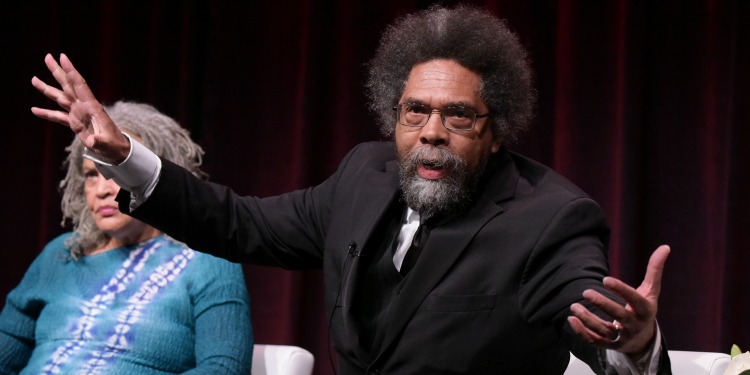