When one thinks of BDS, Spain is not the country that first comes to mind. Other than a very revealing episode last summer, when the American-Jewish (non-Israeli) reggae star Matisyahu was temporarily booted from a music festival in that country due to pressure from BDS campaigners, Spain has never really been at the center of the BDS conversation. That may be about to change.

In the past few months, ACOM, a Spanish NGO promoting Spanish-Israeli relations, has taken several local Spanish councils and several other public bodies to court, led by attorney Igancio Wenley Palacios. These cases are all ongoing, but the first preliminary result looks exceedingly promising. In January, the Council in Aviles, a coal-mining town in northern Spain and one of a number of councils with strong ties to the hard political left that has introduced BDS campaigns at the municipal level, endorsed the boycott campaign. But following ACOM’s action, the Aviles Council has taken the advice of its legal department and accepted ACOM’s claim in full. A court judgment, likely confirming what both sides now agree, is expected in the coming weeks.

This has received a little coverage in the English-language press, but the implications have not entirely been grasped. This was not simply a case of a council recanting its view under pressure, but rather the legal department – and likely soon a court of law – accepting the correctness of ACOM’s complaint. That complaint alleged that BDS threatens certain constitutional freedoms and civil liberties, including the rights of individuals not to be discriminated against, academic freedom, free speech, and protections for religion, race, and national origin. It also alleged that such a BDS motion is tantamount to incitement, and also ran afoul of other particular Spanish procurement laws. If the court endorses this legal conclusion, then other councils in Spain are likely to have to follow Aviles’ lead in breaking with BDS.

But the most consequential development was the council’s acquiescence to the possibility that its BDS motion may have breached two European Union Directives on equal treatment. EU Directives are laws that originate in Brussels and, through national implementing legislation, cover the entire union. If the court agrees that the council’s endorsement of BDS may be unlawful under these Directives, then the Aviles case may present a serious difficulty for councils and public bodies throughout Europe who have taken a similar pro-BDS position.

Such a judicial censure of endorsements of BDS by public bodies would strengthen ongoing cases against three local councils in the UK brought by JHRW (of which I am a director), and would complement new guidance published by the British government arguing boycotts of Israel represent breaches of WTO agreements and new legislation being drawn up in the UK to ban boycotts by local councils in their pension and procurement policies. A Spanish decision of this sort will also complement a French law, recently enforced by the country’s highest court, which deems BDS to represent incitement to hate.

Whereas the BDS movement seeks to boycott, divest from, and sanction the Jewish state, in a remarkable turnaround that is, it seems, precisely what the British government, Spanish councils, and French courts are doing to BDS. 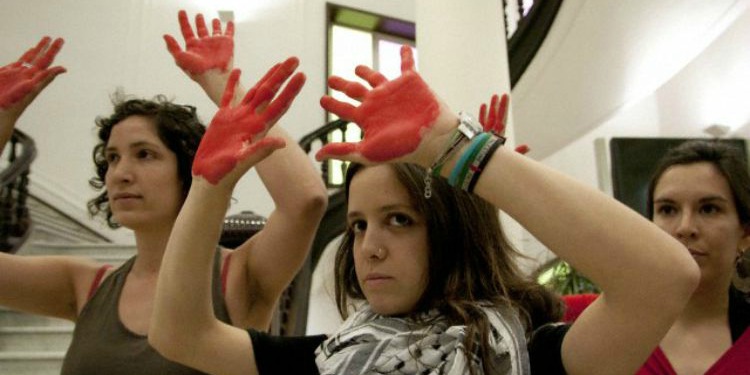