Earlier this week, as part of lobbying against Britain’s exit from the European Union, Prime Minister David Cameron asked whether “when Europe is discussing its attitude to Israel, do you want Britain—Israel’s greatest friend—in there, opposing boycotts, opposing the campaign for divestment and sanctions, or do you want us outside the room, powerless to affect the discussion that takes place?”

The prime minister’s apparent premises was that the EU is anti-Israel and that the UK is pro-Israel. Are these fair assessments? As far as the EU is concerned, the answer must be yes. Diplomatically, the EU has become one of the least friendly supranational organizations in the world toward Israel. Indeed, in Israel’s 2014 conflict with Gaza, the Arab League was comparatively more supportive of the Jewish state’s actions. Financially, the EU supports a roster of anti-Israel NGOs; provides monies to cover the salaries of convicted Arab terrorists; funds illegal Arab settlements in Area C of the West Bank; refuses to cooperate with Israeli institutions based in the West Bank; was at the forefront of negotiating the West’s nuclear deal with Iran, which Israel vehemently opposed; and published guidelines recommending the labelling of Jewish goods produced in the disputed territories. The Anglo-Jewish community is rightly suspicious of the EU’s intentions in its relations with Israel, and the prime minister knows it.

Why is the EU so anti-Israel? Daniel Hannan, a prominent pro-Israel Conservative MEP (Member of the European Parliament) campaigning in favour of Brexit, has claimed that the EU despises Israel because it despises nationalism, of which Israel, he suggests, is the greatest demonstration in modern times. That thesis, however, doesn’t account for the EU’s unwavering support for a Palestinian state. One would be forgiven, therefore, for concluding that the EU’s animus toward Israel has less to do with nationalism in general and more to do with the particular nationalism of the Jews.

What, meanwhile, of Cameron’s Britain? Is it as pro-Israel as the prime minister wants Jews to believe? Diplomatically, here too the answer must be yes: in 2014, Cameron was Israel’s most vocal supporter among prominent Western leaders, and though his affection for the Jewish state may be recent, it does seem genuine. In addition, the British government recently introduced guidance discouraging boycotts of Israel by local councils and other public bodies and has pledged to introduce further legislation on the matter.

Those positives notwithstanding, Britain is itself guilty of a fair few of the EU’s sins. A recent series of exposes in the Daily Mail revealed the extent of funding by the UK government of Arab terrorist salaries and anti-Israel NGOs; Cameron is a critic of the Jewish presence in East Jerusalem and the West Bank; Britain has its own labelling guidelines (and there have been claims that the UK was a major promoter of the EU’s guidelines behind the scenes), although these are more lenient than the EU’s and they predate Cameron’s premiership; and Britain was involved in the negotiations with Iran, with Cameron himself lobbying senators to oppose additional sanctions on the Islamic Republic during the diplomatic process.

Given all this, what of Cameron’s conclusion: Is Israel better off with Britain remaining inside the EU? The question might better be asked as follows: Would it be better for Jews as a whole? Chief among the issues the EU will surely take up of keen interest to the continuance of Jewry in Europe are the possibility of future restrictions by the EU on shechitah (kosher ritual slaughter) and brit milah (male circumcision) as well as the flows of migrants into Europe, some of whom have already targeted Jewish businesses.

The prime minister is probably right that Britain may be able to play a role tempering the EU’s negative diplomatic stance toward Israel from within, and might be a voice against rules that will make it difficult if not impossible for Jews to live in Europe. Indeed if the EU’s current policies toward the Jewish state are the outcome of Britain’s positive influence, one dreads to think what the EU might do were Britain to leave. But the primary concern of Britain’s Jews will not be this issue but rather the general set of concerns Jews share with their fellow Britons over the economy, immigration, and sovereignty. A poll of the Jewish community bears this out, indicating a significant preference in the community (though not an outright majority) for Remain over Leave, with a good number undecided—which is what one would expect of a group composed of many middle-class, educated, urban professionals. 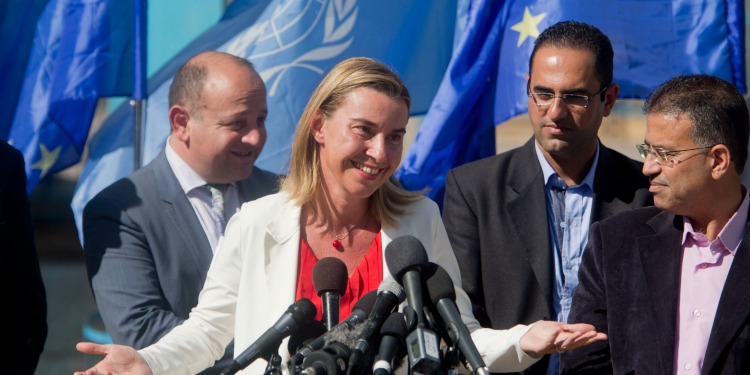