In the run-up to the general election this past spring, British Prime Minister David Cameron promised the Jewish community that his party is deeply concerned about Anglo-Jewry’s security and welfare. This past week, he showed he was serious.

As part of the Conservative Party’s annual conference, the government announced its intention to ban local councils (municipal bodies that run local services) from engaging in boycotts of foreign states or the UK defense industry that are not in line with central government policy. This was intended and interpreted as a prohibition on local councils from endorsing the Boycott, Divestment, and Sanctions (BDS) movement.

Traditionally, the UK has been fertile ground for BDS efforts, with multiple local councils, student unions, trades unions, and charities answering the call to boycott the Jewish State, its institutions, and its citizens. The Anglo-Jewish community has long viewed these efforts, reminiscent as they are of historic boycotts of Jews, as anti-Semitic. It therefore comes as no surprise that whenever BDS is endorsed, it leads to harassment of non-Israeli Jews as well.

With anti-Semitism in the UK persisting at high levels, BDS is a key front in the fight. Hence at the beginning of the year, a new group, Jewish Human Rights Watch (of which I am a director), was formed to counter BDS. Over the summer, JHRW took the unprecedented step of initiating legal action against Leicester City Council for its boycott resolution, and followed that move with actions against two other councils in Wales and threats to take several councils in Scotland to court, too. In launching these proceedings, JHRW and the Jewish community were declaring their outright opposition to BDS, and the government listened.

More than this, the conference – and the prime minister’s speech in particular – were geared toward positioning the Conservative Party firmly in the center ground of British politics. With the election of the radical socialist Jeremy Corbyn as leader of the Labor Party, the Conservatives could either shift to the Right to exploit the opportunity of a weakened opposition to implement more conservative reforms, or consolidate their centrist appeal and reshape the political consensus in the UK. This conference indicates Cameron’s preference to do the latter.

In capturing what remains of the center-ground, the Conservatives are relegating Corbyn’s Labor and his radical leftist and Islamist allies to the fringe of British politics. Included in that extremist coalition is the BDS movement, which the government is through this announcement insinuating is beyond the pale. Hence the boycotters may find that this proposal to ban local councils from joining their ranks is only the beginning of their woes.

Britain remains a global hub of BDS and the fight is far from over. But this announcement and its context add to a series of setbacks suffered by the BDS movement worldwide. Domestically, meanwhile, they are an encouraging message to the Anglo-Jewish community that David Cameron and the Conservative Party want to build the sort of Britain where Jews feel safe and welcome. 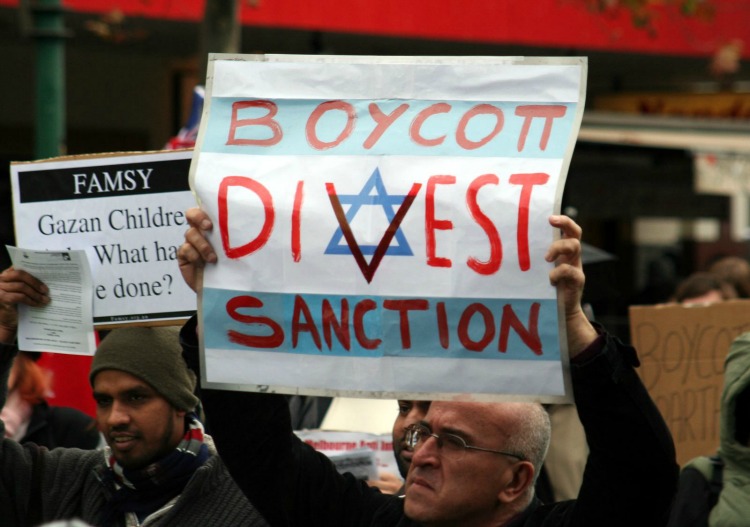