Voting is now underway in the UK Labor Party primary, with the first postal ballots dispatched today. In the wake of the party’s abysmal general election performance, three underwhelming MPs announced their candidacies. A fourth – the radical socialist Jeremy Corbyn – also joined the fray, managing to muster the 35 necessary nominations from parliamentary colleagues with only minutes to spare before the deadline, on the basis that the party needed a rigorous debate.

Well, they got what they wanted. And then some.

Corbyn, the firebrand member for Islington North, in North London, has been the story of this campaign from the get-go. He began as a candidate humored by his colleagues as a concession to the hard-line elements in the party and its union grassroots. Their worldview is anathema to middle England (indeed, Labor lost the recent election in large part because it seemed to be flirting with that worldview again) and arguably much of the Labor Party leadership too. But Corbyn is the one laughing now. He has attracted endorsements from the major unions and a surge in party membership, which has risen from around 200,000 at the start of the campaign to over 600,000 today.

That surge is itself under intense scrutiny out of fears of entryism. From the Right, there have been calls by Tory commentators such as Toby Young for conservatives to join the party, help elect Corbyn, and thus consign Labor to electoral oblivion (a leaf out of Rush Limbaugh’s playbook). From the Left, supporters of other socialist and radical parties have also joined in huge numbers to support Corbyn. As a result of the increase, the deadline for voter registration was extended, and the party also promised to vet applicants. Although some registrants have indeed been rejected, the vast majority of new members will doubtless be entitled to vote, and much of their support, one suspects, will go to Corbyn.

The primary is being run on an alternative vote system, where a candidate must secure 50 percent of the ballots to claim victory. Current polls indicate that not only is Corbyn likely to win if it comes to second preferences, but that he may well win outright in the first round.

And so, with Labour heading toward electing a leader who will all but guarantee the party’s marginalization from British politics for the next decade, its MPs are considering how to respond. There have been threats of legal challenges from members against their own party and calls for a parliamentary coup on day one; a further possibility is that the party will split, as it did in the 1980s under the radical leader Michael Foot, to whom Corbyn has been compared.

For the Jewish community, which leaned heavily toward David Cameron and the Conservatives in the general election, Corbyn renders Labor even less attractive – and as a potential prime minister he is not a little frightening. He is a member of the Palestinian Solidarity Campaign, Amnesty International, and the Campaign for Nuclear Disarmament, he is the chair of the Stop the War Coalition, he has described Hamas and Hezbollah as “friends”, and he supports boycotts of Israel. Just this weekend, the Jewish Chronicle has issued questions to Corbyn that it wants answered on behalf of the community.

More broadly, this primary has thrown into even sharper focus Labor’s fundamental electoral problems: its traditional bases of support are the far-left Scotland (where it lost all but one of its seats to the Scottish National Party in the recent election), the poorer, more socially conservative, and more anti-immigration North-East (where the UK Independence Party polls well), and London, where Labor’s support is more affluent and fiscally tighter but socially liberal and pro-immigration. By contrast to these three very heterogeneous bases, Tory support across rural England and the suburbs is much more homogenous.

The story of Jeremy Corbyn’s rise – and this will be true whether he wins or not – is more than one of a fluke candidacy: It represents the enormous challenges Labor faces in trying to retain and win back its bases and also steal support from the Conservatives. That latter support includes that of British Jews, who are as likely as the rest of the country to be repelled by a Labor Party led by Jeremy Corbyn. 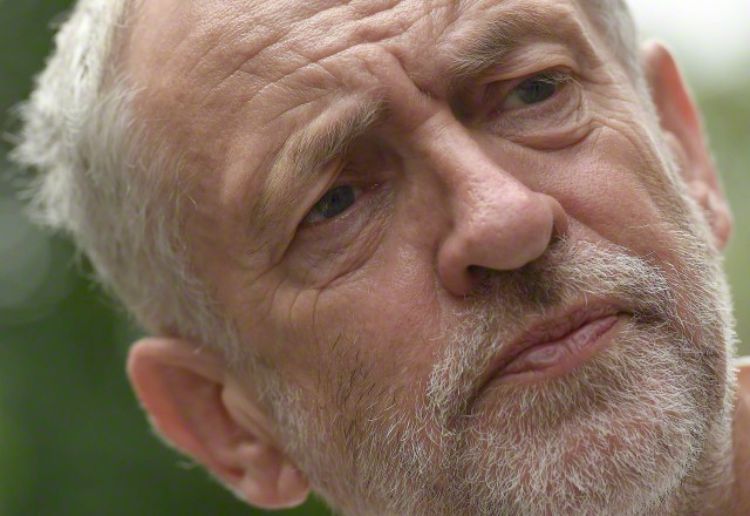