Two of the world’s most prestigious universities have been rocked with scandal in the last fortnight over their treatment of Jewish students.

First, the co-chair of the Oxford University Labour Club (OULC), Alex Chalmers, resigned out of frustration with the members’ attitudes toward Jews and the Jewish state, lamenting in an emotive Facebook post that “a large proportion of both OULC and the student Left in Oxford more generally have some kind of problem with Jews.” Angered at his colleagues’ routine use of the term “Zio” in pejorative reference to Jews and their expressions of “solidarity” with Hamas, the club’s endorsement of “Israel Apartheid Week” was the last straw for Chalmers, who is himself not Jewish.

Following Chalmers’ courageous denunciation of the radicals on his campus, the university’s Jewish Society published a message endorsing his accusations and noting that OULC members had in the past sang in support of rockets being fired on Tel Aviv, spoken of a “New York-Tel-Aviv axis” that rigs elections, insisted that Jews could be expected publicly to denounce Zionism, and declared that all Jews are legitimate targets. The list goes on, prompting one former president of the Jewish Society to conclude that “Oxford’s student Left is institutionally anti-Semitic.”

This is troubling not only because Oxford is one of the leading educational institutions in the UK, but also specifically because the OULC is the biggest campus branch of the opposition party in the country, and it has produced MPs and ministers including Ed and David Miliband.

Following the revelations, Ed Miliband cancelled an OULC dinner he was scheduled to address, and Labour Students (the national students’ group affiliated with the party) opened an investigation – the final report on which is due any day. Labour Leader Jeremy Corbyn’s response has been much more muted.

At the Other Place, meanwhile, “Israel Apartheid Week” is underway, and Cambridge University students and imported activists installed a makeshift “checkpoint” complete with barriers, Israeli flags, and novelty guns. Jewish Human Rights Watch (of which I am a director) discovered that this appalling installation on the site of the university’s humanities departments was put up with the full acquiescence of the campus authorities. Their failure to see what Alex Chalmers sees is deeply disappointing, and JHRW is considering legal action.

These developments follow an exhibition praising Arab terrorists at the London School of Economics late last year and, more recently, an attack by a violent mob on an event with former Israeli Labour Party MK Ami Ayalon at Kings College London.

Some politicians are beginning to realize what’s happening. Universities Minister Jo Johnson has called for an inquiry into anti-Semitism at Oxford, while a debate in the House of Lords on Tuesday evening condemned the “double standards” applied at British universities to the Jewish state, which is boycotted on campuses at the same time as money from countries ruled by horrendous regimes is being welcomed.

But while the elemental connection between hostility to the Jewish state and hostility to Jews is gradually dawning on reasonable observers, acknowledging the phenomenon is only the first stage. Now that hostility must be eradicated, particularly within the radical Left that has taken control of the Labour Party. Alex Chalmers, in demonstrating zero tolerance for it, has shown everyone the way.

(Full disclosure: I studied at Cambridge and the London School of Economics.) 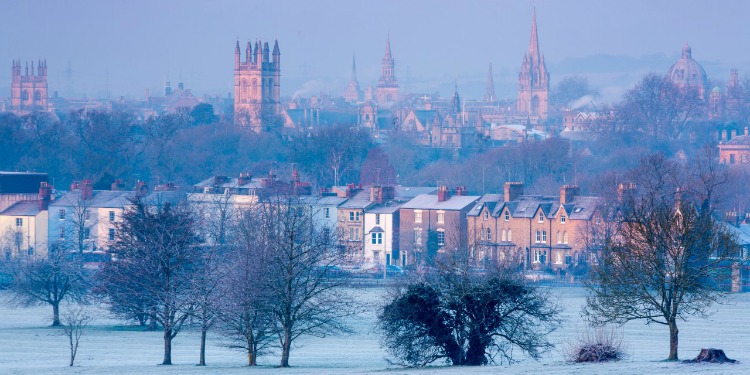