This past weekend set into motion the most consequential few months in British politics in a generation. David Cameron sealed a deal with the European Union and its twenty-seven other member states, securing a number of concessions, and confirmed that he will now seek to fix a referendum on British membership of the union for June of this year.

The background to this development is longstanding British unease with its relationship with Europe, as France’s Charles De Gaulle intuited decades ago, as well as, more recently, anxiety about the financial and political state of the Eurozone. But above all the principal driver has been popular disillusionment with the government’s will and capacity to confront the high levels of immigration to the UK, including migration from elsewhere in the EU, which is governed by the principle of freedom of movement of peoples. The total failure on the part of Tony Blair’s and Gordon Brown’s Labour governments to address this widespread concern – and, even worse, their condemnation of anyone who would even raise the issue – led to the rise of the UK Independence Party (UKIP), whose platform calls for Britain to leave the EU. By 2014, UKIP was winning the UK elections to the European Parliament. The emergence of UKIP as a serious force (two Conservative MPs even defected in the previous parliament) exacerbated a divide in the Tory Party on the EU that goes back to the beginning of the UK’s membership of the EU, an internal rift that helped bring down Margaret Thatcher. Fearing both UKIP and his own backbenchers, Cameron announced in 2013 that he would renegotiate the British position in the EU and hold a referendum on membership in an attempt to settle the issue once and for all.

The deal he has secured provides for an “emergency brake”, lasting seven years, on migrants’ in-work benefits for four years; for child benefits to migrants with children back home to be indexed based on the cost of living in their home country; for EU treaties to be amended at an undetermined future time to clarify that the requirement to seek “ever closer union” does not apply to the UK; and for some protections of the UK’s financial sector. (There is some talk that Cameron has more reforms to unveil, but this is unconfirmed.)

This “deal” has been roundly criticized as pitiful, even by those who wish the UK to retain its membership of the EU. Cameron’s negotiation was doomed for two reasons: nobody ever believed he would back the campaign to leave, regardless of the outcome of his talks with other European leaders, thus undermining the leverage he might have had; and the Europeans would and could never give the concessions that British Eurosceptics demanded without betraying their vision for Europe or avoiding an outcry on the continent. Consequently, nobody is swayed by the renegotiation: sans deal, the contours of the campaign would have been much the same as they are now.

Those contours are as follows: on the “Remain” side are the Prime Minister and most of his cabinet and parliamentary party, and the vast majority of the Labour Party and Scottish Nationalists. On the “Leave” side are seven cabinet ministers (raising questions about the meaning of collective responsibility) including London Mayor Boris Johnson (who has long been Eurosceptic but doubtless also sees a path to his party’s leadership through this referendum) and Michael Gove, the widely-respected Justice Minister and friend of the PM (whose impeccable integrity and class is evident in the statement he issued). Also backing the “Leave” side is a sizeable portion of the parliamentary Conservative Party and much of its grassroots membership, UKIP, and some elements of the hard Left, which has always disliked the EU due to concerns about the challenge it poses to social democracy and workers (they point to Greece as an example).

Meanwhile, the position of Labour leader Jeremy Corbyn in all this is singularly pathetic. A man of the hard left of whom the only positive thing that could be said is that he is principled, has abandoned his longstanding Euroscepticism in favor of the campaign to remain (this is true publicly, at least; it is said that behind closed doors he still would like to see the UK leave). Thus, Britain came close to the confusing but refreshingly honest scenario of a Europhile prime minister leading a Eurosceptic party and a Eurosceptic opposition leader heading a Europhile party. But short of that, the spectacle of Nigel Farage (the UKIP leader), Michael Gove, and George Galloway campaigning on one side, and Cameron and Corbyn on the other, is probably bewildering enough.

The divisions between individuals are not the end of the story, though. Turning to the nations, rural and suburban England is particularly Eurosceptic, while many in Wales are also not too keen on the EU, blaming it for crushing their fishing, farming, and steel industries. Northern Ireland may well split down the middle, as ever, between the pro-EU Catholic population and the anti-EU Unionists. And Scotland might be left as the only nation voting resoundingly to stay in the EU, in which case the Nationalists may then demand a second referendum on their own secession from the British union – in part, bizarrely, so that Scotland could then rejoin the European one.

The effect this referendum will have on any number of domestic political actors in Britain is unclear. It may be decisive for the leadership and legacy of David Cameron, who hopes to make this his third referendum victory of his premiership and who in any event does not plan to run for re-election. It may heal the Conservative Party, finally force it to break apart, or simply perpetuate the existing divisions. If Britain votes to leave, UKIP may become irrelevant, or it may refocus its efforts to replace the Labor Party as the voice of the working class. If Britain votes to stay, UKIP could disappear or, like the Scottish Nationalists after their referendum loss in Scotland, incredibly become more influential than ever. As for the Labor Party, it is consolidating itself as the party of metropolitan liberals, but whether its new radical members who propelled Corbyn to the leadership will be satisfied remains to be seen.

The implications of “Brexit” (a British exit from the EU) for both Britain as a whole and Europe are front and center in this debate. But many other parties abroad will also be impacted. Does the United States benefit more from having its close British ally acting within the EU or from the prospect of an independent Britain on the world stage? Does Israel gain more from a weakened EU or from having Cameron’s Britain, which has proved one of its staunchest supporters, remain within the union? The Commonwealth and emerging economic powers will be freer to trade with Britain, but will that be as attractive if British access to European markets is more restricted?

It will, however, be the British electorate that decides on Britain’s future. And that decision will turn on the questions of whether Britain’s economic position is helped or hindered by EU membership, whether immigration has reached a level the populace can no longer tolerate, and whether London has relinquished too much power to Brussels. These are the questions that will occupy the British public for the next several months. 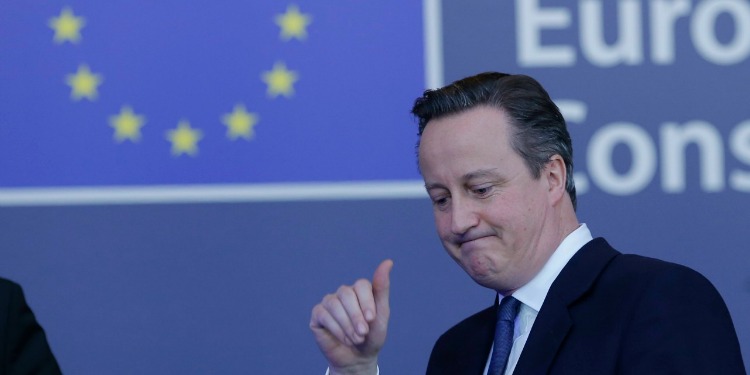