Last week, we learned that Hillary Clinton thinks that half of the people who will vote for her opponent in November are part of a “basket of deplorables” who support prejudice and hatred. That her audience laughed knowingly rather than express shock at her willingness to damn millions of her fellow Americans as hateful bigots is why she said it. So why should we be surprised that prominent figures in the entertainment industry not only share that view of the world but are also prepared to claim that Donald Trump is another Adolf Hitler?

It was to be expected that some Emmy Award-winners went off on anti-Trump rants at the big event on Sunday night, and that’s what happened. “He’s a complete dangerous monster,” said  Emmy Award winner Jill Soloway, “and any moment I have to call Trump out to being an inheritor to Hitler, I will.” Hollywood is a bastion of insular left-wing opinion and expecting nuance or a sense of perspective about the election from the same crowd that routinely bashed George W. Bush with equally offensive hyperbole was always a fool’s errand. Most voters don’t know who Jill Soloway is or care about her opinions. The same goes for others who echo her Trump-Hitler analogy. Speaking as she did isn’t so much political commentary as it is virtue signaling.

But while it is easy to dismiss anything that is said at an awards show, the escalation of the rhetoric should trouble even those who are deeply worried about the not unrealistic prospect of a President Trump.

As painfully obvious as it may be, it must still be pointed out that the “everyone I don’t like is Hitler” meme trivializes the Holocaust. It is possible for a public figure to say troubling things without being a Nazi. The sort of reasoning that depicts every instance of intolerance as the first step toward genocide undermines any sense of its uniqueness. In that sense, the promiscuous analogizing of the murder of six million Jews actually desensitizes the culture to the attempted extermination of a people. The only proper analogies to Hitler are instances of mass murder, not name-calling or proposing to build a wall along a border.

It is also important to point out that, like Clinton’s “deplorables” slur, employing the Hitler analogy deepens the dangerous polarization that produced Trump. One can oppose Trump’s embrace of a nativist and isolationist ethos while understanding that fears about the breakdown of the rule of law and of terrorism that he has tapped into are real and not merely an expression of bigotry.

More to the point, the Hollywood arbiters of popular culture have a particular responsibility for the rise of Trump. That’s because it is they who have done more than anyone outside of the academy to impose the iron grip of political correctness on the country. As things stand, no one may offend anyone or anything except conservatives or traditional religion without fear of censure. Nothing explains the Trump movement so much as the resentment many Americans harbor for political correctness. Trump’s ability to say what shouldn’t be said in polite company is deplorable. But it is understandable that his ability to do so with impunity would inspire a kind of admiration from those who know they couldn’t get away with it.

To deny that there is any comparison between Trump’s vulgar pronouncements and Hitler is not to excuse the former reality star. But what those who chortled along with Hillary or cheer Hollywood Hitler analogies need to understand is that once you declare the other side in a political debate to be that far beyond the pale, you’re left with nowhere else to go. There’s plenty that’s wrong with much of what Trump says and what he purports to stand for, but the only proper response to Hitler and his supporters is war, not a political debate. Using the Hitler analogy is a way to shut down discussion, not a way to win a democratic election. All the left accomplishes by using this kind of rhetoric is to demonstrate their contempt for much of their audience. That is the sort of thing that will make a lot of the country more rather than less inclined to demonstrate their mutual contempt by voting for Trump. 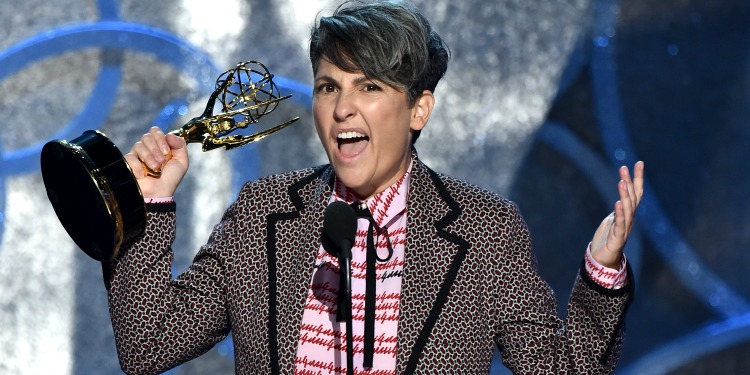