It’s possible the new White House team knew what they were doing when they sent Sean Spicer to pick a fight and say things that were obviously untrue about the size of the crowd at Friday’s inauguration—because it distracted the country from the anti-Trump protests. Perhaps the same was also the strategy behind President Trump’s astonishing performance at the CIA headquarters, in which he also ranted about the press. Probably not. What we witnessed was just Trump being Trump. His thin skin and ever-boiling sense of resentment over any slight or criticism are still governing his actions in a way that has little to do with a coherent strategy.

According to reports, Spicer was sent out to do battle with the press by the president who was upset about claims that he got a smaller turnout at his inauguration than President Obama got in 2009. But Spicer turned a ridiculous grudge into an even bigger mess with his performance. That problem was compounded the next morning when senior advisor Kellyanne Conway jousted with Chuck Todd on “Meet the Press.” When Todd offered proof that Trump’s very respectable audience was smaller than the crowd that showed up to witness the historic moment when the first African-American was sworn in, Conway’s countered that Spicer had merely offered “alternative facts.” The normally savvy and combative Trump aide created not merely a damaging meme but also a moment that may be seen as proof of an administration that is already out of touch with reality.

Why are they doing this? What most of their liberal critics—especially the same press corps that spent most of the previous eight years fawning on Obama—miss is that the Trump team and their supporters believe the press will seize upon any excuse to unfairly diminish their achievements and to tout those of their opponents. They are not wrong about that, as the media’s willingness to publicize the leaked unsubstantiated secret dossier about Trump and Russia proved. Moreover picking fights with the press is popular not only with Trump’s fan base but also with conservatives and mainstream Republicans who may not be enthusiastic about the prospect of a populist administration that may be about to jettison the Reaganite conservative ideas that have guided the party for the past 36 years. But the damage the weekend of “alternative facts” has done outweighs any advantage a spat with the unpopular media may Trump with people who already back him.

Playing the victim of unfair liberal media may be smart when you’re out of power. When a newly-sworn-in president with the backing of friendly majorities in both houses of Congress plays that card, it’s not as effective. Nobody except Trump cared about the relative size of the 2009 and 2017 inauguration attendance figures. But now everyone knows that even the glow of being feted as our 45th president wasn’t enough to soothe his ever-wounded vanity.

It’s way too early for the new West Wing crew to be retreating into a bunker when it comes to dealing with the press. Despite the disadvantages of a hostile media and a mobilized opposition, Trump has formidable weapons at his disposal in the form of the power of the presidency and Congressional majorities that are eager to hand him some victories. But if he continues in this vein, he will make it harder rather than easier on his allies to use those tools. 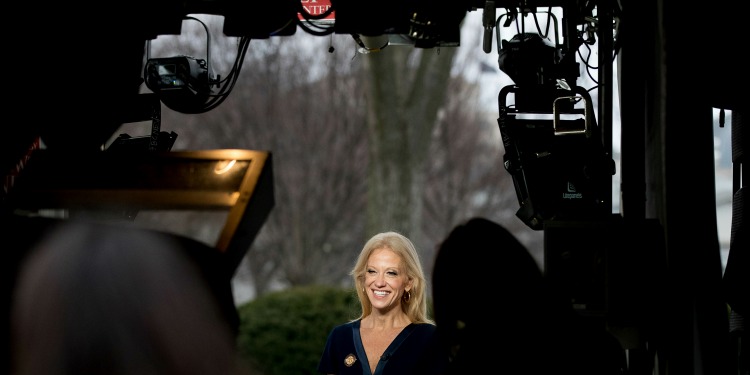