The futility of U.S. diplomatic efforts aimed at ending the Syrian civil war has long been apparent, but the display of American weakness is reaching new heights this week. The Assad regime’s Russian, Iranian, and Hezbollah allies have been pushing hard against non-ISIS rebels solidifying Damascus’s position while also spilling untold amounts of blood. Separately the U.S. and some of its allies are fighting their own war against ISIS with little evidence of success. As our Noah Rothman noted earlier this week, Secretary of State John Kerry’s strategy is primarily one based on little more than a vain hope that negotiations among the parties will miraculously create a cease-fire.

The basic problem is one that all the hope and good will in the world cannot erase. Though the first round of peace talks collapsed almost as soon as they began, other negotiating efforts continue aimed at helping facilitate the delivery of aid and military cooperation among the various powers there.

That the U.S. is asking nicely that Russia not bomb American combat teams on the ground is a sign of just how powerful Moscow’s position has become. The U.S. goal in Syria is to unite all of the other forces in the country in a war against ISIS. But that is not the goal the other powers involved share. So long as Assad remains in power in Damascus, the Syrian rebels will keep fighting, and ISIS will continue to be seen as a champion of Sunni Muslims against foreign invaders, as well as the dictator in Damascus. By acquiescing to Russian demands that ensure Assad’s survival, the administration is also guaranteeing that the war will continue. Rather than weaken or isolate ISIS, the furious diplomatic activity seems to benefit no one but Assad and his allies and renders any united offensive against the Islamic State virtually impossible.

That’s bad enough, especially when you consider the scale of the ongoing slaughter in Syria, the hardships faced by those in the battle zone under Russian air assault and the millions of refugees created by the fighting. Secretary Kerry believes the talks in Geneva are worth the effort because there doesn’t appear to be a viable diplomatic alternative. But merely wishing for a war to end when the parties involved have a vested interest in continuing to fight is a fool’s errand. Nor can President Obama escape the blame for the situation since it was his feckless retreat from his past determination to oust Assad and to punish him for the use of chemical weapons that helped bring Russia into the fighting and legitimized its standing as the nation that is, more than any other, calling the shots in Syria.

But there is one more problem to the latest round of talks about military cooperation that began today. As the AP reports, these negotiations will mark the first time that U.S. military personnel will sit down to coordinate their efforts with Iranian personnel.

This seems like a smart idea since it is in every nation’s interests that the forces on the ground in Syria not blunder into each other. But while America’s interest in the talks is limited to that one problem, the Iranians have broader goals and the rest of the Middle East is watching and taking note of their accomplishments.

As the AP reports:

Administration officials insist Iran’s presence at the talks does not mean the two countries are “cooperating or coordinating” on military matters.

Yet the ceasefire discussion in Geneva is intrinsically military. And it could put the U.S. delegation in Geneva in the uncomfortable position of poring over battlefield maps with members of Iran’s military or its Revolutionary Guard Corps.

The problem here is not just that it is uncomfortable for the U.S. to be sitting down to share information with the same nation that humiliated our sailors last month or which continues to violate UN resolution about missiles. It’s that Iran continues to be the world’s leading state sponsor of terrorism, as certified again just last summer by the State Department. The IRGC is the leading edge of Iranian terror as is their Lebanese Hezbollah auxiliaries. Yet rather than seeking to stop these terrorists, the U.S. will be tacitly recognizing their legitimacy even as they play an outsized role in the very atrocities in Syria that the U.S. effort is aimed at stopping.

Of course, holding hands with Iranian terrorists is not limited to these talks. It is a natural follow-up to the Iran nuclear deal the administration negotiated and then rammed through Congress via a Senate filibuster. As we noted repeatedly at the time, a deal that merely postponed rather than ended the Iranian nuclear threat was not the only goal of the talks. Rather, it was President Obama’s hope for a rapprochement with the Islamist regime that was at the heart of a negotiation that gave Tehran virtually everything it wanted — including sanctions relief and the legalization of an Iranian nuclear program that can easily obtain a bomb once the accord expires in a decade — in exchange for flimsy promises.

With the military talks in Geneva, the U.S. is now taking one more step toward normalization of relations with a bloody terrorist regime that is bent on achieving regional hegemony. Though the U.S. may say this cooperation is both necessary and limited, Sunni Arab nations are viewing the American embrace of Iran with understandable dismay. The U.S. has not only facilitated the funding of Islamist terror groups backed by Iran via the nuclear deal but it is now actively engaged in negotiations that treat these criminals as legitimate actors in Syria. While the president may have thought that Iran détente was a cost-free option, the Syrian people and the rest of the Arab world consider it to be a very costly and dangerous mistake.

Doing so not only undermines what little is left of President Obama’s credibility among the Syrian opposition but also in the Arab world. Iran is having its way in Syria and on the diplomatic front. We can’t know what the next 11 months will bring in Syria, but peace or even a lessening of the suffering doesn’t appear likely. Thanks to the administration’s mistakes and misjudgments, whoever it is that succeeds the president next January is sure to inherit an even bigger mess and a more dangerous military situation than the current catastrophe. 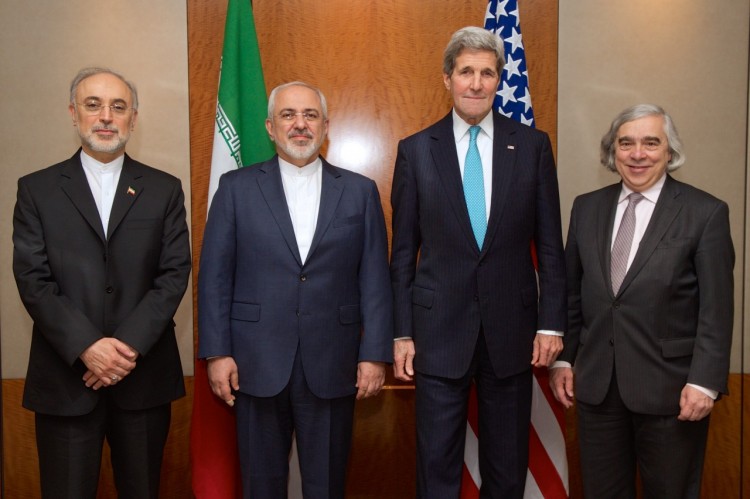