Like a chain reaction, the fallout from Donald Trump’s birther mania and anti-Muslim prejudice has affected one of his chief competitors. Trump was unrepentant about accepting a question at a New Hampshire town hall meeting whose premise was that that President Obama was a Muslim and Muslims, in general, were a problem in America. As I noted yesterday, Trump can’t pretend to be an innocent about any of this since. As the nation’s pre-eminent birther, he did as much as anyone to promote these canards. But when Dr. Ben Carson was asked about this kerfuffle on “Meet the Press” yesterday, he had an epic flub. Instead of deflecting a question about whether a president’s faith matters and pivoting to the issues he wants to highlight, Carson followed Trump down the rabbit hole and dug himself even deeper by saying that a Muslim should not be president. While he and his defenders have tried to blame the problem on NBC’s Chuck Todd for asking the question or to spin his way out of that unforced error, this gaffe reveals two things about Carson. One is that he doesn’t have a sophisticated grasp of the problem of Islamist terror that President Obama has largely bungled. The other is that his lack of political smarts is a distinct liability to his party.

Let’s first dispense with the “gotcha question” excuse we’re hearing today in Carson’s defense. It’s the journalist’s job to ask tough and probing questions, including those that might embarrass politicians. It’s the politicians’ responsibility to answer those questions in a manner that is not inconsistent with their values as well to do so in a manner that doesn’t them look like idiots. Carson should have rejected the question about presidents and faith out of hand by merely saying that the Constitution makes clear there is no religious test for public office in this republic. Not to mention the fact that there are no Muslims running. If this very smart physician didn’t do that, it’s his fault, not Todd’s.

If Carson was trying to say, as some of his friends are claiming today, that what he really meant was that an Islamist who supports terrorist movements or advocates of imposing Sharia law on the nation are not fit for the White House, he would have been on firmer ground. But he didn’t say that. He said “Muslims” per se should be banned without a qualifier.

Oddly enough, Carson didn’t flub the birther question when it was posed to him rightly saying that he has no reason to doubt that Obama was born in the United States and is, as he says, a Christian. But, like Trump, who continues to double down on this distraction, Carson couldn’t keep his eye on the ball when it comes to questions about Islam.

President Obama has done the nation a great disservice by steadfastly refusing to identify the key element driving those forces that are waging war on America. By continuing to claim that ISIS and al-Qaeda are merely extremists that are not Islamic, the administration has sent a confusing and counter-productive message. It is difficult to wage war on an enemy that is misidentified in this manner and that has undermined the fight against these terrorists. It’s also provided an explanation for why the U.S. effort is failing to make progress against the so-called caliphate despite the president’s pledge last year to “degrade and ultimately destroy” ISIS.

But if leading Republican candidates don’t know the difference between Islamists and ordinary Muslims, how can they claim to do any better than Obama?

Worries about Islamism and sharia law notwithstanding, there is also something profoundly troubling about a would-be chief executive that speaks at times as if he is unfamiliar with the Constitution that he would pledge to defend. It is not a matter of political correctness, as Trump asserts, to know the right answer to this sort of question. Nor is the fact that a Muslim extremist group like CAIR has gotten some free airtime from denouncing Carson means that he is in the right. No matter what we may think about some branches of Islam, the prohibition against religious tests is absolute and for any candidate to speak as if there is an exception is shameful. Conservatives can carp all they want about Democrats taking cheap shots on this issue, but they are right when they say that to speak of not accepting a Muslim president is morally equivalent to making the same kind of remarks about Catholics and Jews.

In recent months, Carson’s soft-spoken tone and decency have masked his tendency to make gaffes. But the Carson who uttered this foolish and offensive line about Muslim presidents is the same person who once spoke of the Obama administration as morally equivalent to the Nazi regime. For all of his brilliance and good qualities, Carson is not ready for prime time and the reaction to his foot-in-mouth moment illustrates how much of a problem he would be as a nominee.

As Marco Rubio rightly said when asked the same questions on the Sunday questions shows, Obama was born in this country and is a Christian, and Republicans should move on from this trap and keep focused on the real domestic and foreign policy issues on which Republicans can win. But so long as Trump and Carson provide liberals with this kind of fodder, that won’t happen. Serious conservatives should regard anyone who doesn’t recognize this truth as having rendered themselves unfit for the presidency. 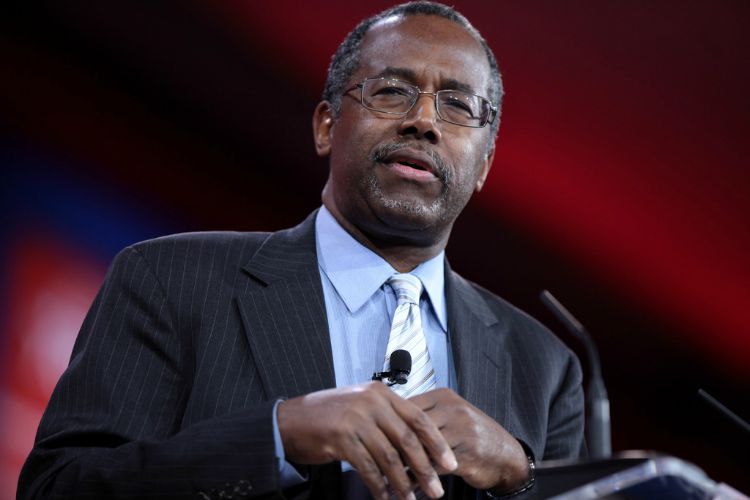