Any Republicans hoping the ongoing ethical problems revolving around the Clinton Foundation will somehow turn the tide in the presidential election are likely indulging in excessive optimism. That said, the Clinton camp is making a mistake if its denizens think the firestorm regarding conflicts of interest involving foundation donors at Hillary Clinton’s State Department can be doused by vague promises about the foundation’s future conduct. As the Wall Street Journal noted on Friday, assurances by former President Clinton that the foundation won’t accept corporate or foreign donations if his wife is elected won’t help. Nor will his promise to resign from its board. Or guarantees that Chelsea will stop raising money for it. As the Journal’s editorial correctly points out, if such activities become problematic once Hillary Clinton becomes president, why weren’t they just as inappropriate when she was secretary of state? During those four years, the Clinton family business—a political slush fund thinly disguised as a charity that peddles influence in exchange for supporting the former first family’s lavish lifestyle–was doing big business. And, as Clinton’s emails and the reporting done by liberal newspapers like the New York Times show, we’ve just started to scratch the surface of revelations involving links between those who gave the Clintons big bucks and their influence on U.S. foreign policy.

Secure in the knowledge that Trump’s rants will keep the focus off of Hillary’s problems, their foundation is likely to keep on amassing huge donations right up until the last possible moment. In doing so they are forgetting that if Trump is defeated, the liberal mainstream media will likely go back to their early 2015 mode, when papers like the Times were devoting massive resources to reporting on the foundation’s activities. They won’t hesitate to go back to investigations that could mire her administration in scandals, which won’t compete with Trump nonsense for the front page. The past and continued activities of the foundation could become a cancer that might eat away at her presidency. Every dime it took in during her campaign, especially those given in the last months once her lead over Trump began to build, will be especially scrutinized.

The Clintons are either too besotted with their self-image as do-gooders unfairly afflicted by a “vast right-wing conspiracy,” or too invested in the defensive idea that any systematic shutdown right now would prove their critics right, to listen to sensible Democrats and liberals. Though Trump’s behavior may mean the foundation won’t stop Clinton from winning in November, it’s possible Bill and Hillary’s stubborn refusal to face facts about the foundation has sewn the seeds of her presidency’s self-immolation. 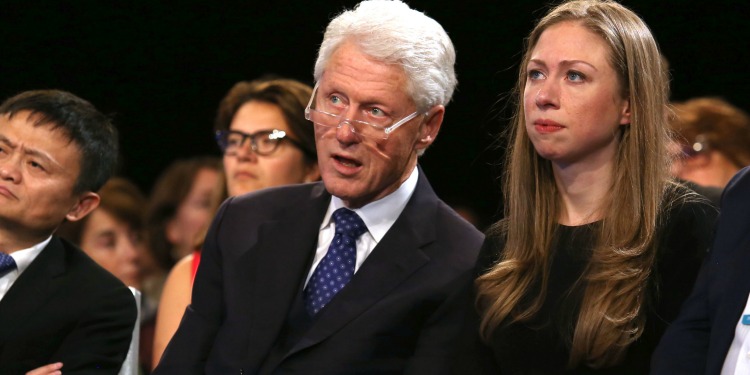