The latest poll out of Iowa confirms a couple of trends that have been building in recent weeks. Dr. Ben Carson’s brief stay at the top of the polls has come to an end, and the principal beneficiary of his collapse is Senator Ted Cruz. But the implications of this development go beyond the fierce competition for Christian conservative and evangelical voters that Cruz appears to be winning. It also creates the very real possibility that when the GOP race starts to clarify, not only will Cruz be a first-tier candidate with a real chance to win the nomination. It also means that unless the scrum of moderate conservative candidates competing for establishment votes is clarified soon, when the dust settles Cruz could be the only credible alternative to Donald Trump left standing.

The new Quinnipiac poll documents the precipitous fall of Ben Carson from his high point in October that a previous CBS/YouGov survey also showed. In the last Quinnipiac poll in Iowa, Carson led the field with 28 percent with Trump at 20 percent, Marco Rubio at 13 percent, and Cruz at 10 percent. Now Trump is back in the lead at 25 percent, with Cruz nipping at his heels at 23 percent. Carson dropped ten points to 18 percent while Rubio is still at 13 percent.

It’s clear that the increased scrutiny Carson has gotten as one of the frontrunners has gutted his support. Most of those voters leaving him have obviously latched onto the other leading candidate that has the most appeal for religious conservatives in Cruz.

A few conclusions can be drawn from these numbers.

One is that the race is still somewhat volatile. With more than two months to go before Iowa votes, the voters are still making up their minds about some of the new faces running for the GOP nomination. Another point is that Trump’s support in Iowa, as in the rest of the nation appears solid even if there is no sign that he can break out beyond the 20 to 25 percent share that he’s been getting since he entered the race.

But even more significant is the way Cruz has shot forward making him the candidate to beat in terms of winning the crucial Christian conservative faction that usually decides the outcome in Iowa. Moreover, Cruz is not likely to be a flash in the pan. He has the most cash on hand of any of the candidates that are not self-funding and has amassed what is considered to be the most formidable ground game in Iowa of dedicated activists. Barring a comeback by Carson, whose unsteady performance under pressure in recent weeks has undermined his outlier candidacy, Cruz may be placing himself in a position to win the first in the nation caucus.

The consequences of such a result would be far-reaching. Though he’s unlikely to win in New Hampshire, an Iowa win would boost his results there and Cruz will be very much in contention for the nomination heading into the next phase of the race in what is being dubbed the SEC super primary in southern states. As other candidates vying for the same voters such as Mike Huckabee and Rick Santorum quickly fall by the wayside, he will gather momentum. Assuming, as I think we should, that Trump retains his share of the electorate, the question facing Republicans this spring won’t be whether Cruz is a first tier candidate but whether there will be enough room and votes left for a more moderate candidate to be seriously competing with those two for the nomination.

The conceit of the last two election cycles has been that once the plethora of conservative outliers drops out there will always be one strong moderate left against a weaker conservative in contests that will decide the outcome. That’s how John McCain and Mitt Romney wrapped up their nominations. But as it stands now, it’s hard to imagine that either Trump or Cruz won’t still be viable in the spring. That will leave Rubio competing against Jeb Bush, Carly Fiorina John Kasich, and Chris Christie for the title of moderate/establishment champion.

This far out from the start of the voting, any predictions about who will prevail are sketchy at best. Rubio is clearly in the lead and Bush’s decline hasn’t been halted. Yet it’s possible that one of the others might vault into contention with Rubio. In particular, Christie might use his strength on foreign policy and terrorism issues to leap ahead of Bush and Kasich in New Hampshire.

But what a Cruz victory in Iowa would make it even more important that a single moderate conservative emerge from the early primaries as the clear leader in that niche of the party. The point is that if the Christian right settles on its candidate (presumably Cruz) at the start of the race and the moderates continue to snipe and drag each other down, that will eliminate the chance that one of them will have the strength to overwhelm the choice of the conservatives or the outliers backing Trump. The primary system is geared toward producing an early outcome as large numbers of delegates are decided fairly quickly. But what may happen instead is a bitter three-person race in which a weakened moderate is locked in what might be unequal struggle against Trump and Cruz. Who would win that contest? We don’t know. But what we do know is that the persistence of Trump and the ability of Cruz to seize the evangelical vote would make it difficult for a moderate to prevail as they have in the past, especially if somehow there is more than one of them still left standing in March.

That would mean that not only would a Trump nomination be a viable scenario at that point, but so would a Cruz nomination. Both outcomes are something that no one in the GOP leadership thought was imaginable only a few months ago. But unless the moderate competition sorts itself out very quickly as the conservative Christian contest appears to be doing, then the unimaginable may soon be looking very realistic. 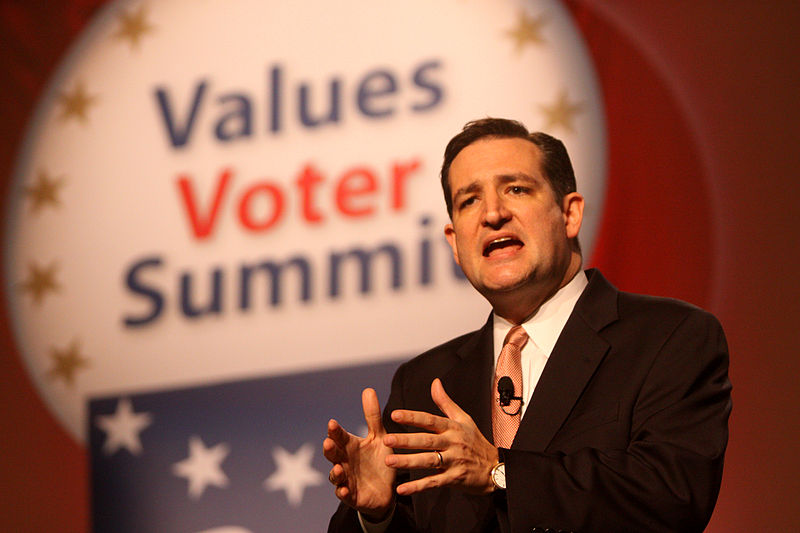