As is true after every early primary or caucus, wise heads will caution us not to jump to conclusions about what happened in New Hampshire or to assume that the shape of the Republican race was decided in one night. They’ll be right. This is just the beginning of a long, hard fight and the outcome is still very much in doubt. But there’s no way for anyone in the GOP to spin what happened there as anything but a massive win for Donald Trump that has eased his path to the Republican presidential nomination.

To say that is not to concede the race to him. Ted Cruz, who made a strong showing in New Hampshire, is also well positioned to ride the conservative Christian/Tea Party wing of the party to success in the upcoming primaries in the south. That means the GOP contest is likely to return to its pre-Iowa mode in which a bruising and bitter fight between the two men will become the top story among Republicans.

But there’s no denying that the size and scope of Trump’s victory, in which he scored huge pluralities across the board among Republicans and independents, served notice on the rest of the party that the strength of his candidacy is not a function of celebrity-driven polls or an ephemeral trend that will soon fade. He may be vulgar, his stands simplistic and often illogical and his command of national security issues may be minimal. But he has brilliantly articulated the anger of a critical mass of voters and convinced them that he can be trusted. Their judgment may be disputed, but it cannot be ignored. Though New Hampshire may have been an ideal venue for him with its crossover voters, the Trump surge is real. It’s not possible to credibly argue that he can’t duplicate these results to some extent.

But what happened in New Hampshire was more than a validation of Trump’s popularity. It was also a perfect storm for his candidacy in terms of the inability of moderate and establishment wings of the party to winnow a crowded field of contenders. Coming out of Iowa, Marco Rubio’s strong showing made it look as if the GOP had a three-man race with him competing with Trump and Cruz on what might well have been even terms in the weeks to come.

That didn’t happen, and the primary blame for the result belongs to Rubio, as he admitted in his concession speech on Tuesday. That his candidacy and perhaps his entire remarkable political career could be boiled down to a minute of time in a debate when he foolishly repeated the same talking point four times may be unfair. As our Noah Rothman wrote, media groupthink may be as much to blame as Rubio for that becoming the story line out of the last debate. But that doesn’t matter. Rubio knows that the media will always devour conservatives if they are given a chance so complaining about the unfairness of it all is pointless.

We’ll never know if he would have swept to a strong second in New Hampshire had he not gotten stuck in a time loop on Saturday night. But the fact remains that he suffered a mortal wound — at least as far as New Hampshire is concerned — in that one awful moment. By doing so, he not only squandered the chance to knock off the three governors challenging him in the moderate lane but he gave new life to some of them.

The best hope for a Republican nominee not named Trump or Cruz was for the moderate field to be culled in New Hampshire, but that didn’t happen. Coming out of New Hampshire, there is still a possibility for a moderate to rise up to challenge Trump and Cruz. But the chances that it will be Rubio, who is the one with the strongest argument to make among conservatives, are now considerably diminished after his dismal finish.

Rubio has too much national strength and growth potential elsewhere to give up after one setback though he has to worry about being dogged for the rest of his political career by the “robot” mockery that might come to define him. Jeb Bush has all the money he needs and a little more life in his candidacy if for no other reason than the fact that he may finish ahead of his former protégé Rubio. John Kasich gambled everything on New Hampshire and won the consolation prize by finishing second and, therefore, will also go on even though he is the least well-positioned of any of the moderates to take advantage of his very good night because of his lack of money, national organization and appeal to conservative Republicans.

That means the battle among the moderates will go on for weeks and perhaps well into March since Kasich will hope to score again in the Midwest states even as Bush and Rubio battle it out in the south with neither of them likely to be able to finish ahead of either Trump or Cruz, perhaps even in their home state of Florida.

The coming primaries will offer other opportunities to each of these candidates to stand out. But after New Hampshire, the moderate lane will remain crowded and confused. Trump could not have asked for a better result. Thanks to Rubio’s blunder, Kasich’s surge and Bush’s comeback, there will be no culling of the moderates other than perhaps Christie, whose kamikaze attack on the Florida senator helped others but did nothing to enhance his own reputation. It all added up to a perfect for storm for Trump and a great night for Cruz. If the rest of the party doesn’t like the idea of one of that pair being their nominee, they have to accept the fact that their chances of avoiding it are a lot smaller than they were yesterday. 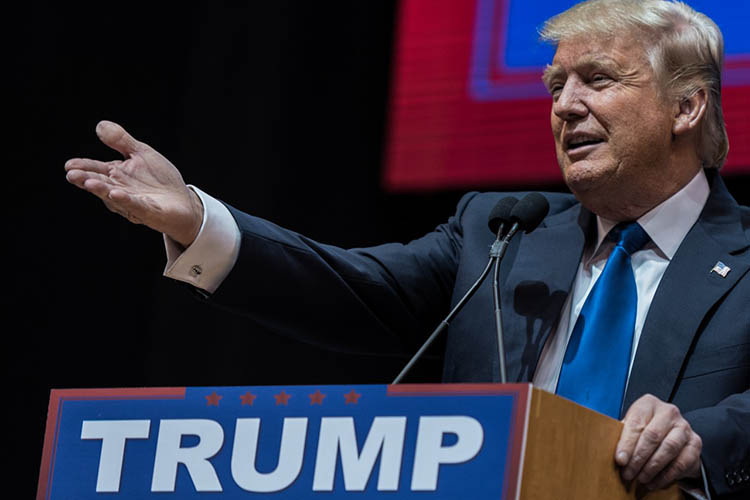