The world was watching for the least sign of strain this morning when President Obama and Israeli Prime Minister Netanyahu met for the first time in a year. To outward appearances, both men were on the best behavior. Considering that past photo-ops/press appearances at the White House between the pair have sometimes turned into mini-debates with both scowling at each other, this constitutes a form of progress. But while the focus on the body language between Obama and Netanyahu is interesting, it distracts us from the main issue: daylight. The only way to judge the impact of this meeting is to see whether the president continues to rely on the same guiding principle that has governed his attitude toward Israel for the last seven years. Based on past experience, optimism about a shift that will bring the two closer seems a stretch.

In many respects, relations between the two governments reached a nadir over the course of the last two years as the administration’s outreach to Iran and critiques of Israeli policies in the conflict with the Palestinians have undermined the alliance. So even though no one is under the impression that any of the disputes between them had been resolved, the effort to minimize these differences — even in the limited context of a White House show for the press — was helpful.

But it must be remembered that Barack Obama came into office determined to change U.S. Middle East policy in one crucial respect. He felt that the George W. Bush administration was perceived as too close to Israel. While part of this impulse stemmed from an instinctual desire on the part of the Obama foreign policy team to reverse every policy embraced by their predecessors, it was really something more fundamental. In that respect the Obama approach was just as much a rebuke to Bill Clinton’s foreign policy as it was to that of Bush since, he too was seen as close to the Israelis.

That was a charge that could never be credibly leveled at Obama as he has spent most of his time in office sniping at Israel. The spats ginned up by the White House and State Department over Jerusalem, West Bank settlements or even the latest kerfuffle over some Facebook posts written in the past by a Netanyahu media advisor did not destroy the alliance. But they contributed to the impression that Obama viewed ties with Israel as an encumbrance rather than an asset to America, something we have not seen since the first President Bush.

Yet this was about more than atmospherics.

Obama deserves credit for not unraveling the security alliance between the two countries that has continued to grow since Ronald Reagan initiated it. But a president that openly claimed his goal was to create daylight with an ally was sending a loud message to Israel’s foes that it was open season on Israel. Rather than encourage the Palestinians to make peace, it convinced them that there would be no cost attached to sticking to their refusal to recognize the legitimacy of a Jewish state no matter where its borders could be drawn. The result has been an unending series of violent confrontation and terrorism for which Obama deserves some blame. On that score, it should be noted that, even while trying to make nice with Netanyahu this morning, Obama refused to note the reason for the current surge in terrorism — the incitement and hate speech by Palestinian leader Mahmoud Abbas — even as he condemned the violence itself.

Last week I noted that the admission on the part of senior White House staff that a two-state solution would not be reached before January 2017 was Obama’s “Captain Obvious” moment. But while any signs of realistic rather than magical thinking about peace is welcome, if the administration doesn’t start working hard to reduce the perception that there is daylight between the positions of the U.S. and Israel then the costs of that misguided policy will continue to mount.

Iran plays a large part in the problem. It’s true that at this point the only thing Israel can do is to insist that the U.S. rigorously enforce the nuclear deal with Iran. Obama claims that’s a point on which the two men agree, but the supine stance of the United States toward the first signs of Iranian non-compliance on missile tests and the mystery at the Parchin military research site shows that the disconnect on this issue is as great as ever.

Moreover, the mess in Syria is another point on which the two countries ought to begin working together, but with the administration fixated on its attempt to create a new détente with Iran the chances for conflict remain great. If the U.S. tacitly acquiesces to Iran transferring weapons to Hezbollah in Lebanon, then that terrorist group will be further emboldened as it seeks to create a new front against Israel with Tehran’s assistance in Syrian territory.

As far as the Palestinians are concerned more is required from the administration than just the usual talking point about “lowering the temperature” that we heard this morning. It must be understood that so long as the U.S. and other Western countries refuse to call out Abbas for his incitement and unwillingness to negotiate in good faith, then more violence is the inevitable result.

More military aid to Israel will be welcome though it will not redress the damage done by Obama’s strengthening of Iran. But both Iran and the Palestinians noted that Obama cut off the resupply of arms during last year’s war against Hamas. It isn’t enough to endorse a right/obligation on the part of Israel to defend itself if you are going to condemn every instance of such self-defense, as has been the case with this administration.

While some on the left continue to blame Netanyahu, the U.S. needs to publicly acknowledge that Israel has already taken considerable risks for peace and received nothing but terror in exchange. If Obama really wants to further the ambitions of the Palestinians for a state, he must state clearly that the only way to get it is by renouncing their war on Zionism and the Jews in terms that cannot be misunderstood. With Netanyahu once again endorsing a two-state solution there is simply no excuse for more pressure on Israel or talk about abandoning the Jewish state at the United Nations when it is the Palestinians who continue to say no.

If more violence is to be avoided in the next year, it will require more than photo-ops that don’t turn into confrontations with Netanyahu. It will require Obama to start undoing seven years of daylight. 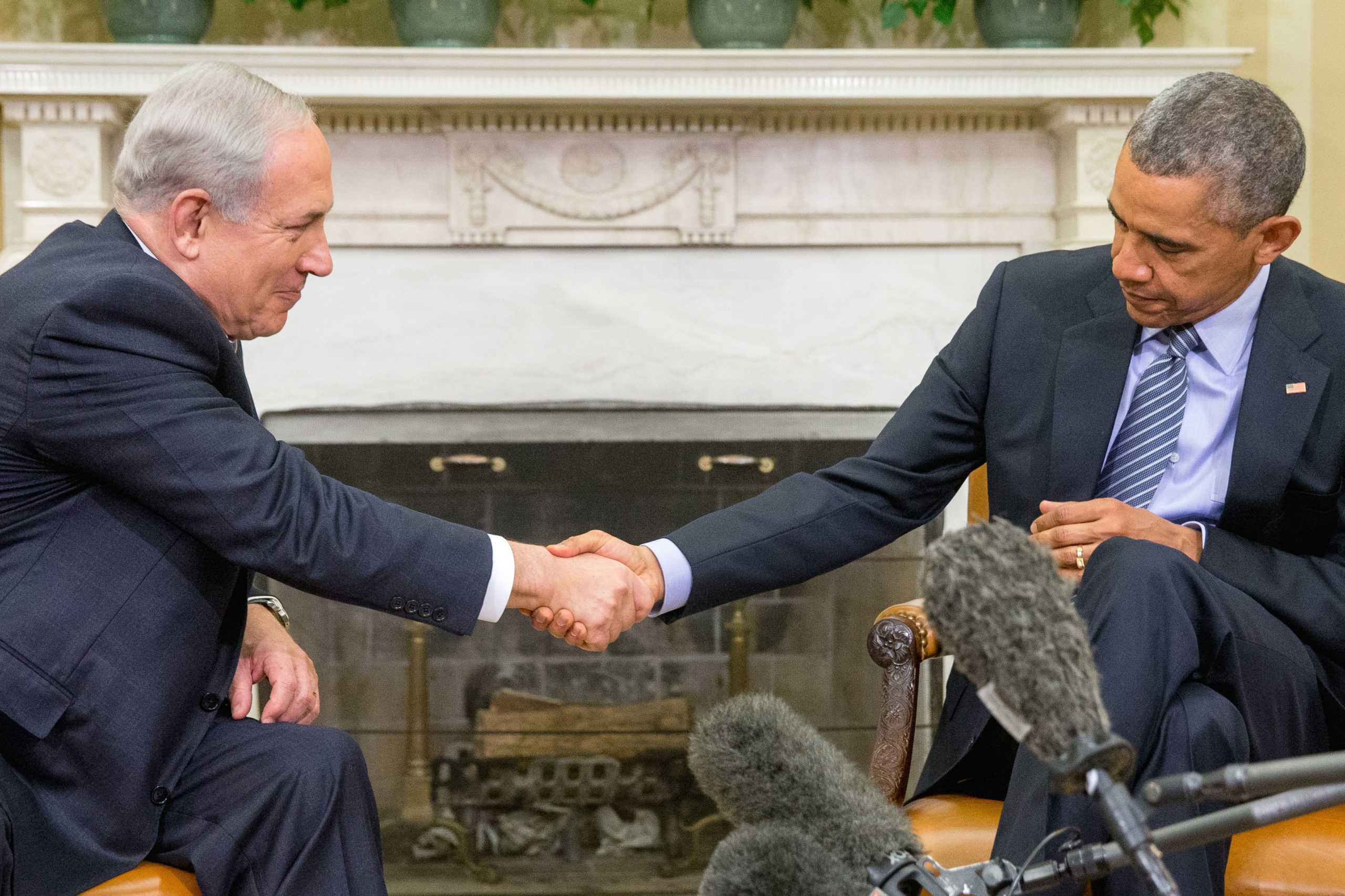