Donald Trump’s election victory has engendered a great deal of teeth-gnashing about the future of democracy. No matter which of the two major-party candidates you might have thought was the lesser of two evils, the widespread disrespect for political institutions is troubling. The willingness of so many Americans to embrace a candidate who exploited these feelings of alienation is enough to induce many liberals and even some conservatives to despair of the future of the republic. The same can be said about the attacks on the legitimacy of the election and efforts to stage civil unrest to undermine the new president. Some of this angst is partisan in nature—nobody likes to lose an election. But polling that shows much of the public willing to trade bedrock democratic principles in return for getting their way on the issues is profoundly troubling. As our Noah Rothman wrote, if such trends continue the problem is bigger than disappointment about Trump. If Americans have truly discarded civic principles that were once considered unassailable, then our liberties truly are in danger.

But those engaging in Spengler-like laments for the decline of the West need to take a deep breath. Much is wrong with America in 2016, and an education system that failed to inculcate support for both democratic principles and what an earlier era called “virtue” has a lot to do with it. But the gloomy polls notwithstanding, this is not the first time Americans have doubted their ability to hold on to their republic. Twice in the last century, it seemed as if the center would no longer hold and the wisdom of the Founders had no answers for Americans dealing with problems that Alexander Hamilton and James Madison may not have foreseen. Yet each time, the nation rose to the challenge. Anyone who is counting on us failing this time is taking a sucker’s bet.

After all, is alienation from our institutions today any greater than it was at the start of the Great Depression? Massive unemployment and economic catastrophe produced unprecedented support for left-wing movements that rejected both capitalism and democracy. Fascism, on the rise in Europe, seemed a vibrant alternative to representative governance. Its prescriptions could even be seen in some of Franklin Roosevelt’s statist attempts to revive a collapsed economy in programs like the National Recovery Act. Moreover, having been disillusioned by their involvement in World War I, Americans seemed unwilling to fight for democracy against totalitarian foes.

One may blithely answer that the Japanese attack on Pearl Harbor both led to a real recovery fueled by military spending and solved the country’s morale problem. But that is too easy. The truth is that Americans were tested in the 1930s and 40s and found their democracy more resilient than most thought. With faith in that resilience, they defeated their totalitarian enemies.

The country faced another stern test a few decades later when racial unrest, the Vietnam War, and Watergate seemed to sap the nation of its faith in the presidency and the military. Again, many doubted that the center could hold. Yet somehow it did, and the nation that had seemed to be dissolving into chaos wound up celebrating “Morning in America” with Ronald Reagan and triumphing in a Cold War that most had thought democracies incapable of winning.

To note these past trials is not to dismiss our current problems or to underestimate the cumulative damage that the cynicism bred in the later half of the 20th century has done to our political culture. Young Americans are not being versed in civics the way their elders were. A more ideological brand of politics has delegitimized compromise, and we are now about to endure a fourth consecutive president who will engender a derangement syndrome on the part of his opponents.

But the institutions of democracy are still sturdy. Indeed, for all of the justified concerns about Trump’s willingness to play fast and loose with the truth or to engage in dog whistling to extremists, his victory was a function of democracy; not a putsch. What we’ve just witnessed is merely another example of the people deciding to throw the rascals out, as they’ve done many times before. The rascal they’ve just elected may prove unworthy to be the successor of Washington and Lincoln, let alone FDR or Reagan. But the government he is assembling appears to be composed of Republicans, not alt-right extremists. And if they are beaten in the 2018 midterms or sent packing in 2020, it will be at the hands of Democrats who use the normal procedures of politics to point out their opponent’s shortcomings.

For all of the doom and gloom we’ve been hearing, Trump’s win is evidence that our democracy is still very much alive. The constitutional system of checks and balances has kept better men than him from sinking the republic. Despite our problems, there is no reason to believe it won’t continue to safeguard our liberties or that the American people have wearied of freedom. 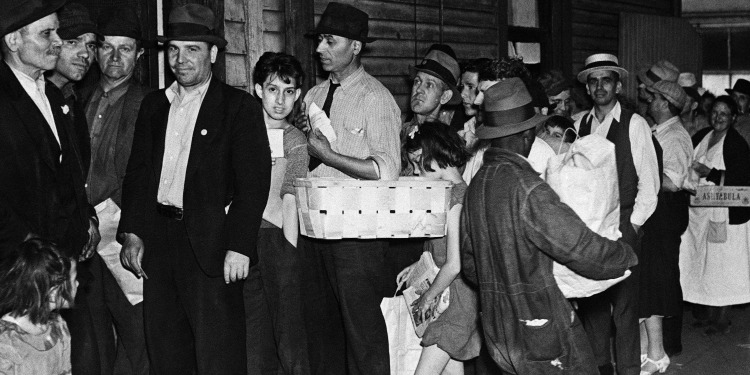