For the last year, predictions of Donald Trump’s demise were published as regularly as weather forecasts. But they were always wrong. Though each incident and statement might have been considered disqualifying on its own for any other candidate, Trump’s poll numbers were never affected. Trump breezed through the Republican primaries on a wave of indifference to previously accepted norms of behavior confident that nothing he could do or say would or could derail his presidential hopes.

But in politics nothing, not even Trump’s incredible run of good luck, is forever. The most recent polls have shown a clear decline for Trump that sent his unfavorable ratings soaring to a record high. A new Washington Post/ABC News poll found that Trump is viewed unfavorably by 70 percent of Americans. A new Bloomberg poll showed that 55 percent of the country says they could never vote for Trump. Bloomberg also showed him trailing Hillary Clinton by 12 percentage points.

Why have Trump’s numbers declined in the last month? The only possible answer is that Trump finally did something that was so awful that it staggered even some of those who were prepared to live with him as the GOP candidate.

The Bloomberg poll reported that 72 percent of Americans were bothered by Trump’s racist rants against Judge Gonzalo Curiel. Trump wasted precious weeks focusing on besmirching the reputation of the judge who is presiding over the Trump University fraud case and denouncing him as incapable of fairness because the Indiana-born jurist is a “Mexican.”

While one could argue that any number of other outrageous statements uttered by Trump were just as bad as his attacks on Curiel, this was apparently the straw that broke the camel’s back. Why? Perhaps it was because even though past Trump remarks could be interpreted as dog whistles that indicated racism, in this case there was nothing subtle about his sentiments. That it was also an implicit attack on the independence of the judiciary made it worse. Maybe it was also the fact that it occurred after he had sewn up the nomination and was expected to start acting a bit more like a president rather than a reality TV performer.

But no matter what the reason for the decline, the only important thing about it is that it happened. And it proves that Trump is not Teflon Don to whom no dirt or stupidity ever sticks.

After spending a year defying the laws of political gravity, Trump’s vile assault on a judge who was merely doing his job in a lawsuit in which Trump’s loose ethics are on public display illustrates that what goes up may eventually come down. The reaffirmation of that basic principle bodes ill for Republicans who may have thought their presumptive nominee could continue to glide to November without ever paying a price for disreputable behavior. And if his poll standings continue to head south, those of the rest of the party’s candidates may follow his. Since Trump is a safe bet to make more such mistakes, a party that thinks it has no choice but to ratify him as their nominee has just gotten plenty of food for thought about what the consequences of such a decision might be. The Clinton camp certainly has fingers crossed hoping the GOP will simply sit back and await the unfolding of the electoral disaster that will follow. 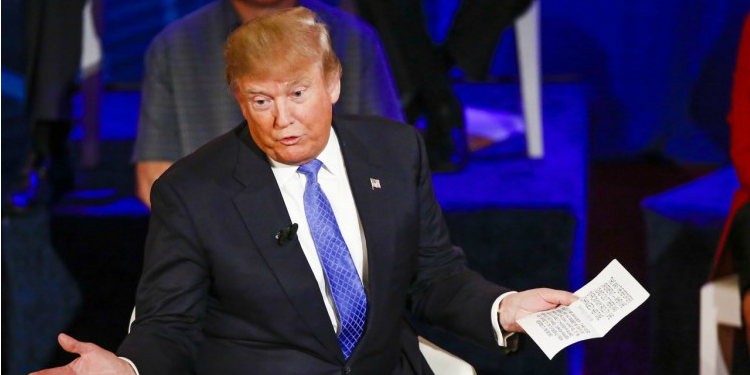