A few days after both Hillary Clinton and Bernie Sanders grandstanded about the water crisis in Flint, Michigan during the Democratic presidential debate, the effort to politicize and racialize the scandal has not abated. Michigan Governor Rick Snyder continues to be raked over the coals for the failure of state authorities to act on the information they received about the poisoning of the city’s water supplies. As I noted earlier this week, Clinton and Sanders were hypocrites to demand the Republican governor’s resignation while remaining silent about proof that that the Rahm Emanuel, the Democratic mayor of Chicago, played an active role in a cover-up of evidence of police violence. Yet the liberal mainstream media haven’t stopped at merely treating a Republican scandal as being somehow more worthy of concern that one involving a Democrat. They’ve continued to assert that what happened in Flint was primarily the function of race rather than GOP incompetence.

But there are two problems with the Flint race narrative. One involves exploring the reason why local officials felt the need to try a cheaper water source that has everything to do with the failure of modern liberalism. As Reason Magazine points out, the reason why Flint officials were looking for cheap water was that generations of liberal spending and taxing had left the city — like many other urban municipalities — bankrupt. It wasn’t racism that put the lead in the water. It was the dead end and failed policies of liberal spendthrifts that put the people of Flint in peril in the first place.

More important, is the fact that one of the responsible parties that failed the people of Flint was none other than Environmental Protection Agency. The lack of urgency on the part of EPA personnel that also sat on information without warning a population that was being poisoned is a major issue for which President Obama must also be held accountable.

It went almost without notice in the continuing cries for Snyder scalp but the head of the Midwest region of the EPA resigned yesterday. The reason was that although the federal agency was in possession of damning evidence about the lead in Flint’s water, it maintained a public silence about the problem.

It is true that it was the EPA that began warning Michigan state officials about the peril last February. But that was in private. At some point during the year that followed common sense would have dictated that they not just stand by and let a large population drink poisoned water while state officials stalled and dithered about the problem. They should have spoken out. That’s why the EPA’s Susan Hedman was forced to resign. Like all those in the flow chart that led up to Snyder, she had not done her duty to protect citizens that looked to her agency for assistance.

Hedman will be dragged in front of committees investigating this outrage just as state and city officials whose culpability may exceed hers. But those alleging racism on the part of Snyder and a Republican state administration need to also ask themselves one question. If we are to jump to the conclusion that Snyder’s subordinates didn’t act with the alacrity we should have expected from them because the people of Flint were black and poor rather than rich and white as MSNBC’s Mika Brzezinski said while cross-examining Snyder on “Morning Joe,” then why can the same thing not be said of the EPA? And if their answer is that there are other considerations, like vestigial federalism or the normal bureaucratic inertia in any government office, that provide a more convincing explanation of what happened then perhaps some of the same less sensational excuses might apply to Snyder’s people.

The race narrative might also be applied to Emanuel’s outrageous conduct since it evidence of the killing of a black teenager by a police officer that he sought to suppress. But, as a liberal and former Clinton administration official and Democratic congressman, no one dares call him a racist rather than just a politician looking to cover his rear end and ensure his re-election.

The impulse to play the race card in any disaster has a precedent in the aftermath of Hurricane Katrina when liberals blamed everything that happened there on President Bush and a Republican administration while ignoring the failures of the Democrats that ran city and state governments that were responsible for much of the suffering of that city’s people. But given the desire of liberals to sustain their pet theories about Republicans, the facts never interfered with a race narrative that didn’t stand up to scrutiny.

The same can be said of those who want to pin Flint’s problems on race. Snyder may well deserve to be forced out of office along with anyone else who played a role in this catastrophe. But if there’s plenty of blame to go around in every layer of government that had a hand in this, that also means racial explanations rooted in naked partisanship are dead wrong. 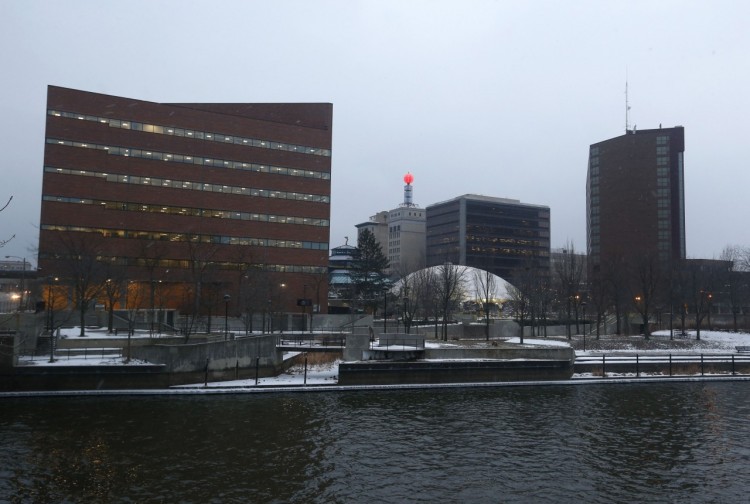