As far as the Palestinians, the Israeli left, and the Obama administration are concerned, Israeli Prime Minister Benjamin Netanyahu has gone too far. In a video released by his office last week, the prime minister claimed that what the Palestinians were really after in their quest to force the removal of Israeli settlements in the West Bank was the “ethnic cleansing” of Jews. The Palestinian Authority responded angrily that they had nothing against Jews but what they wanted was the end of the Israeli “occupation.”

The U.S. State Department agreed with Netanyahu’s critics, saying there was no connection between opposition to settlements and bigotry. Washington thinks the issue is the need to advance a two-state solution. To frame the discussion as one about the right of Jews to live in the West Bank is, to Obama’s administration, irrelevant. But the problem with the State Department’s view of the issue—which was criticized by the Donald Trump campaign—is that it’s clear that a two-state solution means a Palestinian state that would be only for Arabs alongside an Israel in which an Arab minority enjoys full legal rights, as they do today.

On this point, there is some argument. Netanyahu can point to statements such as one made by PA leader Mahmoud Abbas in 2013. “In a final resolution,” Abbas told Egyptian journalists, “we would not see the presence of a single Israeli—civilian or soldier—on our lands.” Apologists for the Palestinians point to other comments made by various Palestinian leaders—almost always to Western audiences or journalists rather than in Arabic to their own people—in which they say Jews would enjoy equal rights in a state of Palestine.

Which view of Palestinian intentions is correct?

Given the drumbeat of incitement to hatred of Jews and Israelis heard and read in Palestinian media and in their schools, it is hard to argue, as some critics of Netanyahu do, that Jews wouldn’t be at risk in their state. The wave of Palestinian violence known as the “stabbing intifada” is rooted in a religious-based rage against the Jewish presence throughout the country. That includes the “settlements” of Tel Aviv and Haifa that are within the 1967 borders and not just the West Bank and Jerusalem. The primary reason Israel withdrew every settler and soldier when it evacuated Gaza in 2005 is the certainty that Jews whose lives would depend on the mercy of the Palestinians would be as good as dead. Indeed, deprived of the opportunity to attack individual Jews after the Israelis withdrew, Palestinian mobs vented their rage on the abandoned buildings the Jews left behind, including the greenhouses that had been purchased by well-meaning philanthropists for use by the Arab population.

Though the U.S., its European allies, and the United Nations claim that the settlements violate international law, Israelis correctly note that Jews were guaranteed the right of settlement in the League of Nations’ Mandate for Palestine. The West Bank is not and never has been sovereign Palestinian Arab territory. The disposition of this land is a matter of dispute and subject to negotiation. The Israelis have repeatedly offered the Palestinians an independent state in almost all of the West Bank and even a share of Jerusalem but neither Abbas nor his predecessor, Yasir Arafat, could ever muster the will to say yes. If Palestinians still refuse to recognize the legitimacy of a Jewish state no matter where its borders might be drawn, how can Israelis believe they would respect the rights of Jews who will be essentially defenseless?

That is why Netanyahu’s attempt to reframe the discussion about settlements requires more than the impatient dismissal it got from Washington. Nobody on either side of this conflict or in Washington believes for a minute that Jews in remote communities, let alone the hundreds of thousands who live in blocs along the border and in parts of Jerusalem (that were illegally occupied by Jordan from 1949 to 1967) can safely stay if their homes become part of a Palestinian state.

In any other conflict, we would label the Palestinian demand for the removal of Jewish communities (or those of any other group) with the same words used by Netanyahu: ethnic cleansing. But when it comes to Jews living in their ancient homeland, the rules are different, and bigotry is not only accepted but also supported. Until Palestinian hostility to the presence of Jews is addressed by both the U.S. and the international community rather than ignored, the peace everyone claims to be seeking will never happen. 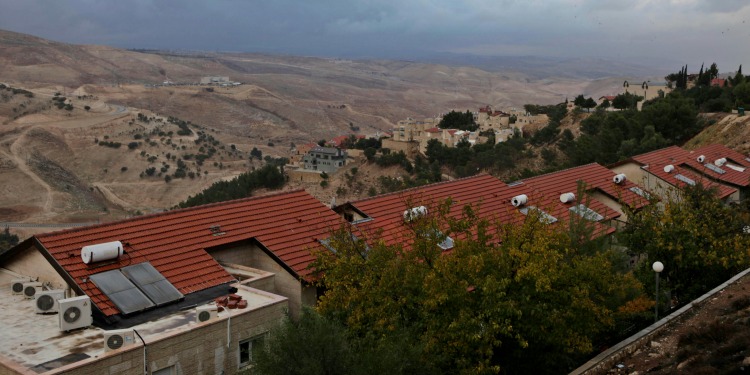