In recent years, Americans have gotten used to the idea of a diverse media. There is a broad spectrum of news channels reflecting views from right to left. And the plethora of news and opinion websites provides even more diversity of perspectives and views. The small band of gatekeepers that once decided what news Americans saw and read has been expanded by a factor of many thousands. There was a time when all of the news Americans got was filtered by a very few gatekeepers. They were the editors of the three national nightly news television shows as well as the people running major daily newspapers. If they didn’t say it was news, it wasn’t. If they did, or if they decided to editorialize in the news section or broadcasts, there was not only nothing anyone on the right could do about it, it often had a disproportionate impact on public opinion (think Walter Cronkite’s decision to declare the Vietnam War lost in the wake of the victory of American forces after the Tet offensive in 1968).

Those days are long gone. Or are they? The report on the Gizmodo site about former Facebook employees confessing that the social media “suppressed news stories of interest to conservative readers” from its “trending” news section is a revelation so earth-shaking that it not only can’t be suppressed by the site it’s also generated coverage in the New York Times, the flagship of the liberal mainstream media. The upshot of the report is that the journalists that work to “curate” the trending news have been doing so with a liberal political bias that dropped items with conservative themes or subjects even if they were trending among Facebook users. Stories that originated on conservative publications were only allowed into the trending category if they were subsequently picked up by mainstream liberal sources like the Times or CNN. In addition, these curators were allegedly told to include other stories while also being careful not to let stories about Facebook be included in the feed.

As the Gizmodo piece noted, this meant that instead of being a diverse forum driven by the interests and predilections of its readers as it claims to be, Facebook is actually run pretty much like a traditional newsroom in which the biases of the editors determine what is considered to be news. In and of itself, this isn’t a big deal since that is the prerogative of any information or news company. But Facebook isn’t just another website. It’s an application that has become a universal forum. With a reported 222 million active monthly users in North America alone, it is a platform for personal connection that gives its owners a unique ability to attempt to direct or influence public opinion that makes it more than the moral equivalent of the old paradigm in which the only items that were considered important news were those that were read from a teleprompter each evening on CBS, NBC and ABC prior to the introduction of cable TV or the Internet.

That the bias of the Facebook editors is liberal surprises few on the right. But the problem is that the unseen nature of the way that bias is applied gives it a more sinister mien than even the editorial choices of liberal newspapers or networks. Reports like this show that plot twists on political fiction like the “House of Cards” show, in which the two political parties are depicted as each trying to influence public opinion by tilting the Internet in their direction makes one wonder whether that is a case of art imitating life or of life imitating art.

The power of this bias is yet to be determined. A personal Facebook feed is supposedly determined by the kind of “friends” you have. If your friends are conservatives or liberals, when you open up Facebook, you can be deluged with stories that reflect the general bias of the people you are connected with, whether it is right-wing or left-wing. But we all know that the Facebook algorithm is too complicated for ordinary readers, even educated ones, to understand how exactly it works. If Facebook executives or news “curators” are putting their thumbs on the scale or trying to suppress discussion of stories that doesn’t reflect their opinions, then there is no question that the website could be playing a role in making public opinion rather than merely providing a place for personal connection. That they do so convinced that they are merely sifting factual stories from the untrue is a reflect of the liberal belief that conservatives are either evil or stupid, much in the way that academia has also silenced conservatives. We also already know that social media can turn an obscure topic or personality into something or someone that is almost universally known. If they are using this power to affect politics, this is no small matter.

Given the almost universal nature of Facebook, which is used by young and old alike these days, news story manipulation is a matter of national concern. But while, if true, the reports about Facebook tilting the news is alarming, it should be remembered that the market has a way of correcting such biases. There was a time when no one in the media could imagine the liberal lock on its major outlets — the great daily newspapers and the three major networks — being challenged. But the advent of cable and then the Internet destroyed that cartel forever creating opportunities for others to fill the vacuum that liberal power brokers left open. That created conservative news talk radio, Fox News television, and countless conservative web outlets. Is social media also immune to competition? Facebook’s liberal owners and executives may think so. But if reports of their bias are not only proven to be true but that behavior also continues, then it is inevitable that competition will result. That means if Facebook doesn’t want to kill that laid the golden eggs they are enjoying, they need to stop playing favorites with the news and cease tilting the playing field in the direction of their liberal biases. The era of a few gatekeepers defining news for the nation is over. 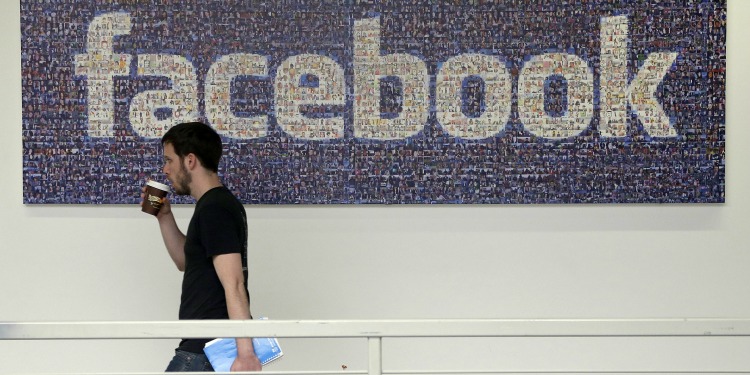