According to the Washington Post, at a campaign stop in Philadelphia this week, Bill Clinton had what they called “another unforgettable Sister Souljah moment.” The reference is to the seminal moment during Clinton’s 1992 presidential campaign when the Arkansas governor called out a hip-hop singer named Sister Souljah for supporting the killing of white policemen. It enabled Clinton to position his candidacy as one that couldn’t be dismissed as being in the thrall of left wing extremists. It set the tone not only for a successful election effort that took back the White House for the Democrats after a 12-year drought but also for a two-term presidency in which Clinton was often able to present himself as a centrist rather than a liberal. But that was a different Democratic Party in a different time.

When Clinton was harassed by Black Lives Matter activists who heckled the former president, he lashed out. The protestors were there to blame Clinton for the passage of his signature crime and welfare reform legislation in the 1990s. Those achievements were acclaimed at the time as an example of how bipartisanship can foster consensus legislation. But the bills are now something of a badge of shame that his wife has been trying to live down in the course of her efforts to win the support of African-American voters for her presidential campaign.

In the last years, Clinton has attempted to blame the provisions in the crime bill for mandatory sentencing for drug offenders as the fault of Republicans. But when confronted by people yelling that Hillary Clinton was “a murderer” and that he should be charged with “crimes against humanity,” the former president had had enough. He told them that their position amounted to a defense of “the gang leaders who got 13-year-old kids hopped up on crack and set ‘em out onto the street to murder other African-American children.”

Clinton is right about that. Despite their shortcomings, the primary beneficiaries of the crime bill and welfare reform were the poor and disadvantaged people that strove to reclaim their communities from criminals. Neither he nor Hillary has anything to apologize for on account of either effort.

But 2016 is not 1992. The base of the Democratic Party that once embraced a “new Democrat” identity in the form of Bill Clinton now reserves most of its enthusiasm for a socialist gadfly. And Hillary, who must depend on black voters as her firewall against white liberals who are rallying to the cause of Bernie Sanders, can’t afford to let her husband pick a fight with the Black Lives Matter movement.

That’s why the general reaction to her husband’s 13-minute rant in which he lectured his tormentors about the truth about the impact of the crime bill was that he had lost his magic political touch and proved once again to be more of an embarrassment to his wife’s campaign than an asset.

In the last year, the willingness of liberals and Democrats of all stripes to kowtow to Black Lives Matter activists or to even apologize for pointing out that we should believe that “all lives matter,” has become a matter of political orthodoxy on the left. It doesn’t matter that these extremists are doing nothing to improve their communities. Their war on police is now a sacred cow that Democrats — and especially Hillary Clinton — offends at their peril.

So it was no surprise that a day after he let loose on the group, Clinton was sounding apologetic. While not backing down on the historical record, he said he was guilty of “talking past” the audience as much as the hecklers were doing the same to him. He admitted to being not “effective” in answering the complaints.

The Clintons will survive this brouhaha. But it shouldn’t pass unnoticed. In fact, it is as telling a moment in our political history as what happened in 1992. Then, the “Sister Souljah Moment” — a phrase that has become emblematic of any politician being willing to talk back to his base — was important not just because it showed Bill Clinton’s mettle under pressure but because it demonstrated that the Democratic Party was ready to shift back to the center after more than a decade of allowing itself to be a prisoner of its most extreme activists.

But, after eight years of the Obama administration — a historic presidency that was supposed to allow the country to transcend the divisions of its racial past — the Democrats have shifted decisively to the left. Part of that is seen in the way Sanders’ socialist beliefs are embraced by much of his party’s mainstream — and which Clinton’s supporters are helpless to demonize as our Noah Rothman points out — but also in a refusal to speak plainly about the way the racial hucksters of Black Lives Matter are seeking to undermine police efforts that are vital to the survival of urban minority communities.

In a different era, we might have expected responsible Democrats to respond to extremists the way Bill Clinton did to Sister Souljah and win the applause of the country. But, contrary to the Post’s cheers for Clinton, in a Democratic Party that in thrall to the left on both economic and racial issues there can be no more Sister Souljah moments. That’s a liability for Clinton in November but not one that a Republican Party that may be led by a candidate that has been guilty of pandering to advocates of racial or religious prejudice will be in a position to exploit.

All Americans — be they black or white — ought to lament the spectacle of an ex-president being forced to walk back a bout of truth-telling about the last moment in our political history when bipartisanship triumphed. At a time when both Republicans and Democrats ought to be telling off the worst elements of their coalitions, Bill Clinton’s humiliation is a sign that common sense is in full retreat on the American public square. 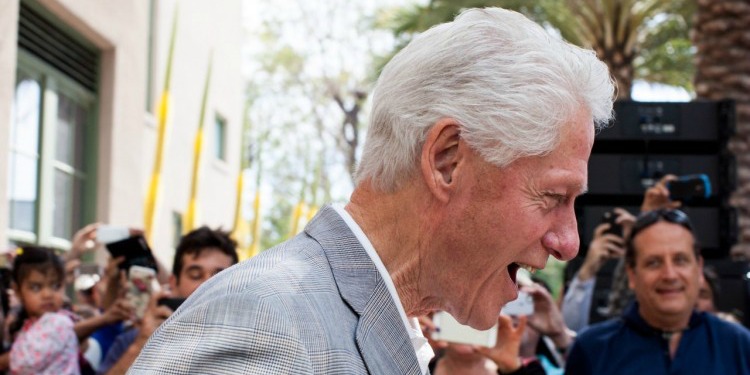