Benjamin Netanyahu spoke to Secretary of State John Kerry over the weekend about the Palestinian effort to get the United Nations Security Council to support independence without first making peace. The Israelis want the Americans to keep their promises to prevent the UN from imposing a solution on Israel that will compromise its security and its rights. Speculation is rife that President Obama will use his last months in office to stick it to Netanyahu and Israel. But rather than reassure the Israelis, Kerry simply told Netanyahu that he and his boss are still thinking about it. He then leaked it to an anti-Netanyahu media outlet—the left-wing Haaretz—to ensure all of Israel got the message.

As it happens, the very next day, the Palestinian Authority’s ruling Fatah Party gave Obama and Kerry plenty of food for thought. In the wake of a terrorist shooting in Jerusalem that took the lives of two Israelis, Fatah chose to honor the murderer as a “martyr” and called for a general strike and public mourning in his memory.

As Palestine Media Watch reported, Fatah’s official Facebook page praised the terrorist and spoke of his actions—which resulted in the murders of a 60-year-old woman as well as a policeman—as being permitted by the Koran. The gunman was shot dead by police before he could kill more Israelis, but that earned him the praise of the faction led by PA leader Mahmoud Abbas, whom the U.S. government considers a “moderate” and a champion for peace.

The irony is that the killer was a member of the rival Hamas faction that rules Gaza. But rather than highlight the distinction between his party and the Islamists, Abbas’s Fatah is eager to show its supporters that they are just as supportive of the urge to spill Jewish blood. This latest incident is only the tip of the iceberg of Fatah support for terrorism. Abbas, who was extravagantly praised by President Obama for going to the Shimon Peres funeral last month, personally helped to incite the so-called “stabbing intifada” bloodshed by spreading blood libels about Israel harming the Temple Mount mosques and seeking to prevent shrines from being profaned by “filthy Jewish feet.”

Just as important, the PA continues to pay imprisoned terrorists pensions with the money the U.S. and Europe donate to fund its bloated and corrupt budget. Just last week, the British government suspended aid payments to the PA because of it. The Brits were not fooled by a Palestinian subterfuge that sought to claim that the pensions were being paid by the Palestine Liberation Organization rather than the PA. Given that the PA funds the PLO budget, that is a distinction without a difference.

While the U.S. State Department condemned the Jerusalem murders as well as “statements glorifying this reprehensible and cowardly attack,” its official pronouncements pointedly failed to mention who was doing the glorifying. More to the point, not only do the U.S. funds continue to flow to the PA, Obama and Kerry have left the Israelis dangling as they wait to see whether the U.S. will betray them at the UN. 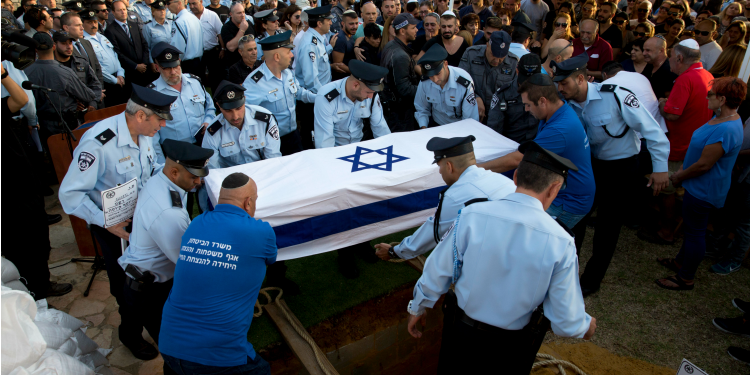