It’s a sad story, and the New York Times played it for all its worth. A Palestinian tried to swim over the border between Gaza and Egypt and was gunned down by Egyptian border guards. 28-year-old Khalil Hassan may or may not have been mentally ill but his desperation to leave Gaza was evident by his behavior. And it is that desperation that is serving to reignite the debate over the isolation of the Strip. But while this is a tragic human interest story there’s more to the discussion than a rehearsing of the usual litany of Palestinian woes and criticism of supposedly hard-hearted Egyptians and Israel. One may sympathize with the people of Gaza to a certain extent, but the semi-blockade that exists around its borders isn’t an expression of arbitrary hostility toward them. The reason that Gaza’s borders are sealed is about terrorism, not inhumane behavior.

Gaza is a tiny, overcrowded area with little infrastructure to support the needs of its people. Many subsist on handouts from UNRWA — the United Nations agency that is specifically dedicated to helping the descendants of the 1948 Palestinian refugees — though its efforts are geared toward keeping them dependent and homeless so as to keep their grudge against Israel alive rather than helping them. The relative isolation of the Strip and the still largely unrepaired damage from the war with Israel that Gaza’s Hamas rulers waged in the summer of 2014 add to the distress. Moreover, there are the feelings of claustrophobia that results from living in a small place that can make anyone stir crazy, a feeling that the residents of tiny Israel also often share though their circumstances are somewhat different.

But though we may have sympathy for the people of Gaza it doesn’t necessarily follow that we must conclude that its isolation must be lifted. Not even the unhappy fate of Khalil Hassan is reason enough to change anyone’s mind about the necessity of keeping its borders shut until it is governed by an entity that isn’t dedicated to destroying one neighbor — Israel — and toppling the government of another in Cairo.

There are two basic elements left out of the Times account of this incident and virtually every story in the international press about the plight of Gazans and the blockade.

One is that, contrary to most of the propaganda generated by the Palestinians and their foreign cheerleaders, there is no humanitarian crisis in Gaza. Virtually every day, including during the 50-day war between Israel and Hamas last year, there are convoys of food and medicine that enter the Strip from the Jewish state. Gaza may be poor, but its people are not starving or lacking medicine. Even the restrictions imposed by Israel that prevented the entry of building materials into Gaza have been eased since last year, although it is clear that — just as the Israelis feared — the concrete that has been allowed in has been used for the most part to rebuild Hamas fortifications not the homes of Palestinians. Moreover, those who need more advanced medical care than can be found in Gaza have the option of applying for entry to Israel. The Jewish state has admitted countless Palestinians who have gotten the benefit of the country’s excellent medical service.

Interestingly, the Hassan story revolves around his unsuccessful effort to get into Egypt for better medical care. If that is the case, then perhaps the Egyptians are even more wary of terrorists entering their country in the guise of medical patients, something that has happened numerous times at Israeli checkpoints with resultant casualties that can be credited to a willingness to treat Palestinians humanely.

But that brings us to the main point that is left out of the discussion about Gaza’s isolation: terrorism.

The Strip isn’t subject to a blockade because Israelis and Egyptians don’t like the Palestinians. It is cut off because, since the bloody 2007 coup in which Hamas seized power there from the Fatah-run Palestinian Authority that runs the West Bank, Gaza has been run by an organization that is designated as a terrorist group by the United States as well as neighboring Egypt and Israel. As a result of that coup that followed the complete Israeli withdrawal from Gaza, there is now an independent Palestinian state in all but name there. With its power, Hamas has converted this compact area into a fortress filled with underground warrens for their fighters and a vast store of rockets and munitions. It has used this base to launch cross-border terror raids via tunnels as well as to shoot thousands of missiles at Israeli cities, towns, and villages.

As for the Egyptians, they rightly fear Gaza because a group that is an offshoot of the Muslim Brotherhood movement that tried and failed to convert that country into an Islamist state runs it. The military government in Cairo understands that Hamas is aiding Brotherhood terrorism inside Egypt as well as serving as base for subversion. If that wasn’t bad enough, Hamas is now also aiding the efforts of al-Qaeda and ISIS-affiliated groups in the adjacent Sinai that have turned that peninsula into a Wild West for terrorists. Indeed, the terror threat from that quarter may be every bit as dangerous as the one facing Israel.

Put in that context, the semi-blockade of Gaza is not only reasonable but also necessary in order to put a lid on the scourge of Islamist terrorism that is already afflicting the region. The people of Gaza have reason to complain about the situation, but their complaints should be directed to their Hamas rulers, not Israel and Egypt. They should not accept being governed by terrorists that have imposed both Islamist tyranny on their domestic lives and an unnecessary state of war with neighboring countries. Of course, these Islamist terrorists are only interested in fomenting violence and keeping an iron grip on power in the Strip, not bettering the lives of its people. But since they may be powerless to overthrow a violent though bankrupt and incompetent Hamas government and the international community will not countenance an invasion of the Strip by either Israel or Egypt to impose a regime change, an unpleasant status quo remains in place.

That means there may well be more Khalil Hassans but, if so, don’t blame Israel or Egypt. If you don’t like the situation in Gaza, blame the Hamas terrorists that produce the circumstances that make such tragedies inevitable. 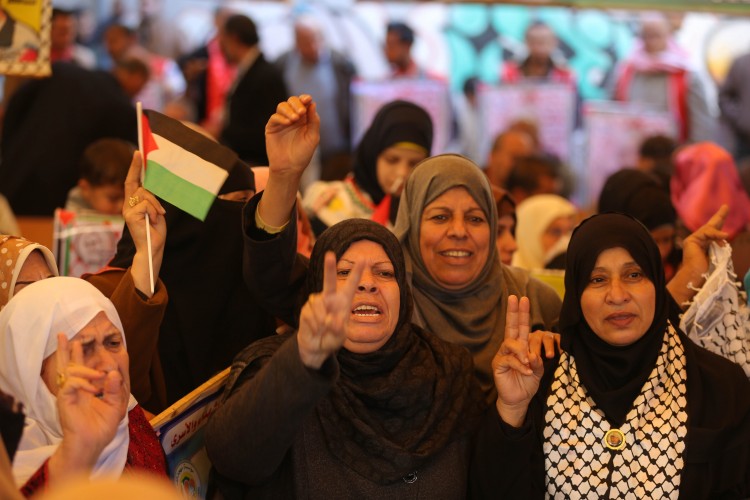